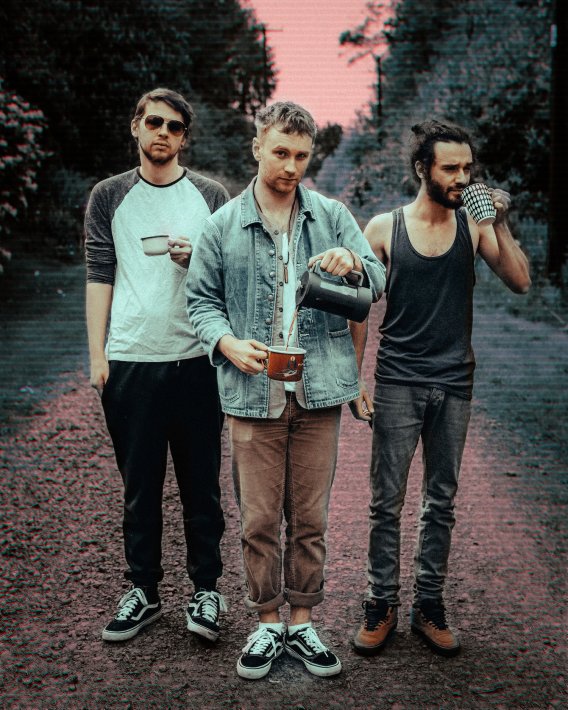 Following on from his heavily praised new single ‘Dreamland’, Leeds-based DJ and producer Fox Stevenson now looks to continue his genre-bending aesthetic with the announcement of his new studio album ‘Killjoy’, arriving on the 18th October via AntiFragile Music.

Inspired by his newly conjured Fox Stevenson LIVE project, where he will be joined by Dan Sawyer on the drums and Bruce Charles (Bustre) on guitar to create a fully realised band to perform his work live, ‘Killjoy’ looks to merge the worlds of electronic production and live instrumentation to create a bold and rich new sound that brings together all the various influences that have impacted him throughout his career.

Featuring the previous unveiled singles ‘Go Like’, ‘Out My Head’ and ‘Okay’, and Stevenson sharing production duties alongside Nightwatch (Martijn van Sonderen and Nik Roos of Noisia), this new collection pays homage to his love of pop-punk during his adolescence. Taking the tenacious and explosive energy of his formative inspiration and combining it with his own brand of hard and heavy production sees him follow in the footsteps of artists like Pendulum and The Quemists in creating this exciting new direction.

In support of his new release, Fox has unveiled the new single ‘Dreamland’, described as the hardest song he has ever tried to create. Starting off life as a simple DnB track, the producer felt that the generic route was no way to go with his new material, so by adding a mix of live guitars and drums, he was able to bring a bold and inventive vision to the single, allowing him to forge a sound he can truly call his own.

Speaking about his latest single, he added, “This is the kind of song I always wanted to make, melding the dance world with the rock and singer songwriter pop world, without losing their best parts, dreamland is a song about feeling you just don't quite get it, and looking around feeling like everyone else does; asking yourself if you can do better and never knowing if your lot in life is the product of who you've become. This track is the most important single I’ve released to date, it stands firmly at the heart of what Fox Stevenson is.”

This new collection arrives after a decade of solid success for the Yorkshire-based beatmaker. After first finding success back in 2008, he was swept up in the US dance boom of the early 2010’s, but always felt that there was so much more to give in the scene. While he continued to loved the energy that the crowds were giving off, Fox was always looking to bring more of a melody into his work, and thus began his mission to carve a niche all for himself.

Speaking about his relationship with the dance scene and always striving for a more adventurous tone, he added, "It’s sad that I have fans that really love me for just one dance genre, because the tempo can say so much about a song. Tempo always pisses people off in dance music. If it’s different to the last song, people get offended. Why can’t we like and produce music at different genres without offending a fanbase?

In all, ‘Killjoy’ has become a symbol of his inventiveness as a producer. Rather than follow the crowd, Fox has continually looked to evolve and progress his sound at every turn. Making this new record an enormous wealth of pride to him, as well as something his fans will accept with open arms.

‘Killjoy’ is expected to arrive on the 18th October via AntiFragile Music, and his previous singles ‘Dreamland’, ‘Go Like’, ‘Out My Head’ and ‘Okay’ are all available to stream and download now.