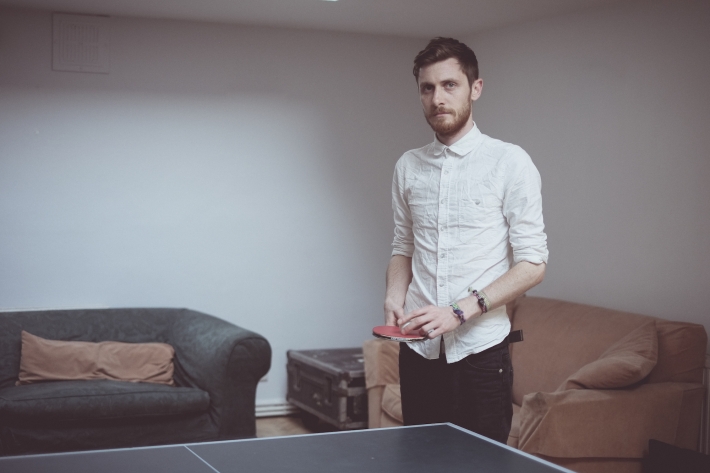 Following on from a rather busy 2012, which saw Frank Hamilton write, record and release one song a week, 2013 has so far been surprisingly sedentary in comparison. If you call recording an EP aboard the London Eye in one singular rotation (28 mins), releasing the entire 52 track #OneSongAWeek album, touring with Lucy Spraggan & Lewis Watson, Selling out The Borderline, playing at Belladrum & Secret Garden Party and working towards a 17 date UK headline tour this September & October sedentary!

To coincide with the headline tour, Frank will release ‘Summer’ on 7th October. The single is a revamped version taken from the #OneSongAWeek album and is produced by Richard Wilkinson (Adele, Bombay Bicycle Club, Lewis Watson). The ’Summer’ video was filmed in Holywell, near St Ives, Cambridgeshire where Frank Grew up and is viewable here:

Frank Hamilton is not a sit at home and do nothing type of guy, or artist for that matter. Over his career to date Frank has made some incredible achievements, including collaborations with Ed Sheeren & Newton Faulkner, sold out shows at London’s Barfly, The Garage (upstairs) & Borderline, sold 12,000 copies of his 1st EP ‘You, Your Cat & Me’, received praise from Music Week ‘the Mike Skinner of Folk’ & BBC’s Huw Stephens ‘Cult Hero’, awarded the iTunes free single of the week, sold 7500 copies of his #OneSongAWeek album as well as appearing on MOTD (a childhood dream). All achieved independently and without the help of any major label budgets.

Frank put’s it down to working hard, being nice and having some of the best, most loyal fans in the world - loyal being an understatement! With a small army of nearly 9000 fans on Twitter and another 9000 on Facebook, Frank’s unique take on lyrics, honest charm and catchy song writing continues to spread. People love his enthusiasm and ability to release so much good material and in turn, it strives Frank forward, knowing he has an immediate audience, always waiting for more.

"What’s the point in making records if you’ve got no-one to share them with? Says Frank, “It sounds really cliche but the kids (I mean they’re not all kids, but I hate the word fans) are the reason I’m able to make music for a living - they’re incredible. It’s their fault #OneSongaWeek ended with a #1 album and it’s their fault the last tour all but sold out - I’ve still not really found the words to sum it all up."

#OneSongAWeek was a vast, tiring, but rewarding achievement for Frank, it spent most of the week it was released at #1 in theiTunes singer/songwriter section (outselling Ed Sheeran, Jake Bugg, Gabrielle Aplin, Ben Howard etc) and reached #21 in the overall album chart, as well as #2 in Music Week’s Indie Breakers album chart. To round off his record-breaking accomplishment, Franks forthcoming tour will air the best from the 52 songs as well as showcase new songs, drawing to a close the rollercoaster ride the past 2 years have been and opening up the door to an exciting 2014 - the year in which Frank plans to unveil his least controversial idea yet - ’One Album aYear’.