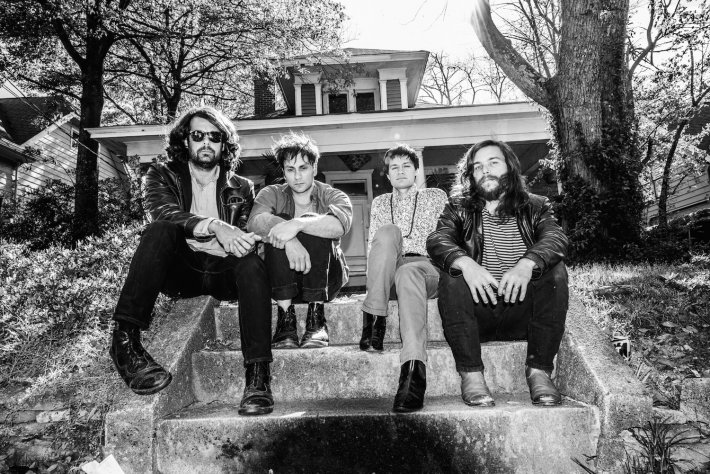 Gringo Star are insouciant explorers, tossing the paddles overboard and drifting on the currents of their lackadaisical curiosity across a rippling sonic ocean, out to the far edges of rock and roll. Shots pulsing from a vintage Leslie speaker, their guitars, keys and vocals create the psychoactive ingredients of their echo-slathered, doo-wop-indebted indie gems; psychedelic garage bangers, gritty R&B shuffles and spaghetti western weirdness. Taking cues from Santo & Johnny, The Stooges, Ritchie Valens, Marc Bolan, Percy Faith, Sam Cooke, the men working on the chain gang—uh! ah!—they’re all here, their electric ghosts reaching across time, tapping Gringo Star on the shoulder like the crossroads devil to Robert Johnson, bestowing secrets, passing torches. The band has toured relentlessly across the U.S. and Europe building a diehard underground following while sharing bills with everyone from Cat Power and Feist to The Black Angels and Weezer. Additionally, they also toured with Wavves, Best Coast, And You Will Know Us By The Trail of Dead and fellow Atlantans The Black Lips.
Clients
Featured: