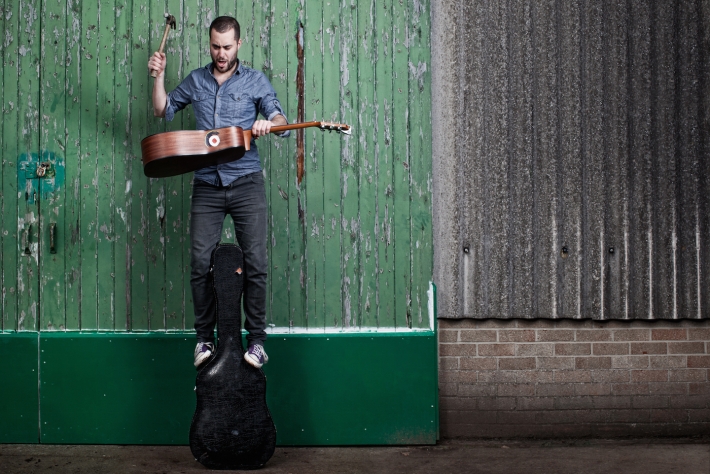 London-based singer-songwriter Jake Morley may have started out in the acoustic folk community of Lucy Rose and Ed Sheeran but he is now unveiling a startling new weight and depth to his music.

Following enthusiastic support across Radio 2 and 6Music, glowing press reviews, multiple headline tours, and festival slots at The Isle of Wight, Latitude and Secret Garden Party, Morley's personal songs, captivating live presence and ground-breaking guitar style took him from archetypal acoustic troubadour to sell out headliner at HMV’s Next Big Thing Festival. This progression as an artist has been mirrored in his writing, turning towards bolder and more mature themes like adulthood and intense self-reflection. Helping carve out this detailed new approach on first single Falter is award-winning producer Calum MacColl.

Falter is a track that doesn’t depend on gimmicks, kitsch or any shock factor as it does on its near-perfect construction of a great song. The production is a mixture of Gotye’s creativity and Sheeran’s mass-appeal. Quirky nods to acoustic pop and an unconventional guitar technique show off his imaginative song-writing and arrangement abilities.