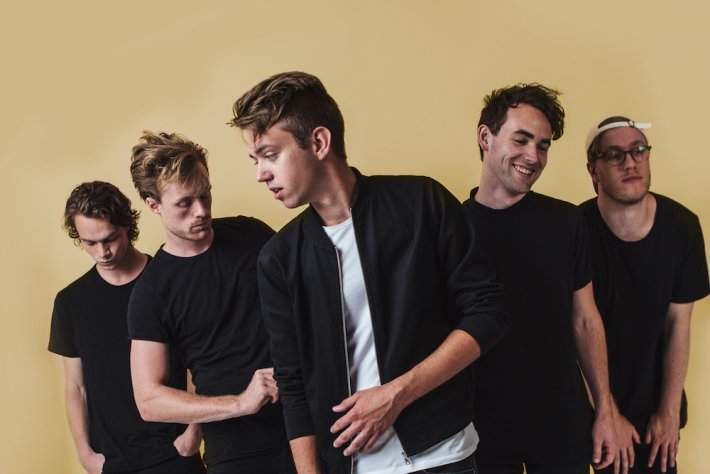 The early incarnation of Kid Astray first formed in Sandvika back in 2010, with the six members of the band (Benjamin, Elizabeth, Alex, Even, Jakob and Håkon) meeting in high school. Studying music together in a school system that allows you to actually properly study music full-time, the group quickly bonded over similar, electro-tinged indie-pop music. In fact, two-thirds of the band had been messing about musically together for a few years before that. The band's first song they wrote as Kid Astray picked up early radio play and landed them their first manager.

With a determination beyond their tender years the band started looking for ways of getting their music heard, entering a demo contest held by the Norwegian festival, by:Larm. With no new demos completed they were urged by their then manager to finish some of the ones they'd been working on. With more than a hint of youthful exuberance they decided instead to write a brand new song. From scratch. In just six hours. The song they created, 'The Mess', not only earned them a place on the festival bill but it also won them Band of The Week on radio station NRK Urørt (or NRK Untouched), which led to even more regular radio play. 'The Mess' also started a new sound for the band - a fizzing, joyously exuberant take on indie that's become more and more pop as the years have slid by. Keen to strike while the creative iron was hot, the band then took two weeks off school to record their debut EP, 'Easily Lead Astray', in Benjamin's basement with him on production duties. Once again, they set themselves tight deadlines, with the EP's five songs written and recorded in around seven days. The Mess' brilliance landed them more festival slots in Scandinavia as well as a record deal with Cosmos Music. From there they recorded their exuberant second EP, 'Taking You With Me' this time in a proper studio in Liverpool and alongside Tord Øverland Knudsen, bass player with The Wombats.

Mainly produced by Joe Cross in Manchester, the album - which also includes 'Taking You With Me' and 'No Easy Way Out' from the Liverpool sessions - showcases the extent to which the band have evolved in the last three or four years. 'Home Before the Dark' was released internationally the summer of 2015, and the band joined The Wombats on their entire autumn Europe tour. Parting ways with Cosmos early spring in 2016, they barricaded themselves in their studio in Sandvika writing, pausing only to go on a 9 day long summer tour in Japan.