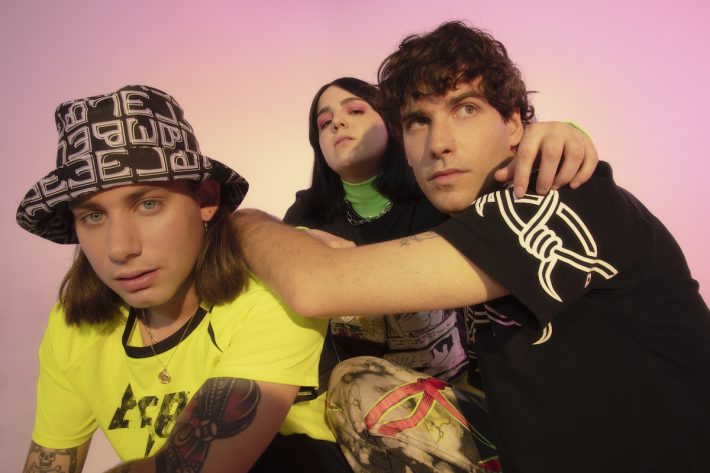 Las Aves returned in April this year with ‘You Need A Dog’ – a commentary on the modern break-up cure, receiving support from NYLON and KALTBLUT. Following, they dropped second slice – ‘A Change Of Heart’ – a direct (and succeeded) attempt at describing love-strewn melancholia with the rigging of generation Z, which was championed by The Line of Best Fit, DUMMY Mag and Amazing Radio.

The trio’s acclaimed first album “Die In Shanghai”, produced by Dan Levy of the Franco-Finnish duo The Dø, made a brash and lasting mark on the somewhat well-behaved and isolated pop scene. The outfit’s hybrid of happy-hardcore and pop was illustrated through a series of clips following groups of girls across the globe, including the memorable hit ‘N.E.M’, which followed the lifestyle of a group of Peckham-ites.