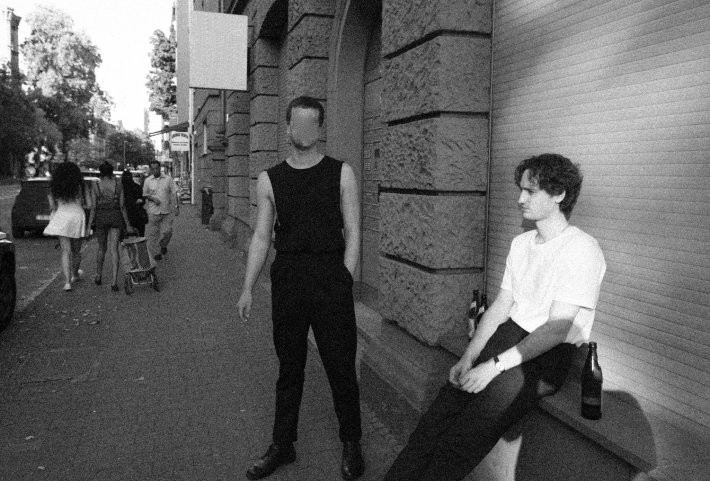 When you think of the German music scene it’s easy to solely focus your attention on Berlin and the masses of high quality music coming from the German capital. However, Lea Porcelain based in Frankfurt proves that the birth home of Johan Wolfgang von Goethe is again at forefront of music production the ever so vibrant place.

Lea Porcelain are a post-punk, dark and atmospheric band who have followed up from their single ‘A Year From Now’ with a more underground sound in the form of ‘Similar Familiar’. The single kicks off with a dark drum and bass under layer, which sounds akin to that of S.P.Y. As the drums begin to speed up and a vibrating bassline is added, the listener is left subconsciously moving their head to the music. We’re then treated to the sounds of Markus Nikolaus, the lead vocalist of the pair, whose voice would work just as well played over a punk record as it does on this electronic anthem. This accumulates in a hugely emotion fueled single. Much alike the video that accompanies it, the song has a hypnotheric feel and absorbs the listener in.

What the pair have been able to do is brilliantly bring together the current wave of popular electronic music and combine it with their own unique style and forward thinking production. Making it hard to decide if you’re more likely to hear it at an underground rave club or played on BBC6.