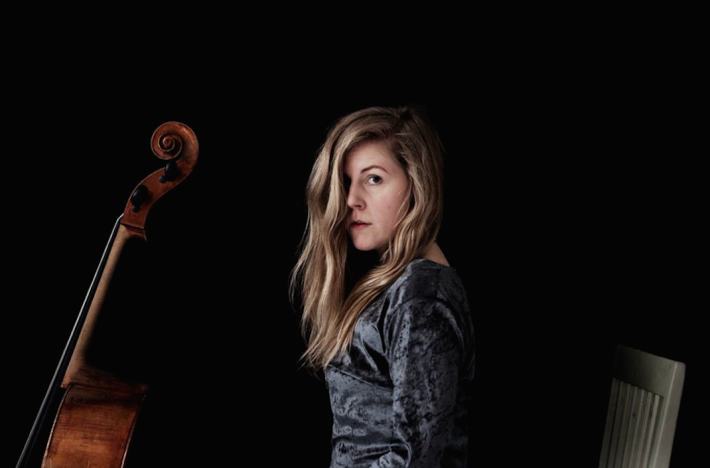 IT´S ALWAYS BEEN THE CELLO

It´s been shining like a lantern on the path of my life. Since I chose it after a tryout at the music school in my hometown Halmstad it’s always been about the cello. I was 7 years old. Now I’m 33. For 26 years I’ve been playing the cello practically every day. Music- the cello- is my life. We come as a pair. I don’t really know what’s left if it would disappear. The tone, the dark, hoarse, clear, warm, hard and bright- it has got everything. It comforts me, it takes me to places. It brings me to the core of my core. It has always begun with the cello. The cello has decided almost every direction of my life.

When I attended the Royal College of Music in Stockholm the cello and I got more intertwined than ever. Hours of practice had gotten me there, hours of practice would get me out of there, to other places, far away. I restled with Debussy and Bach, Hayden, Dvorak, all of them. I fought with them, I didn’t really get them. Sometimes there was a sliver of something else in the practice room. I floated away, the cello took over, I played freely. Something sprung from me that was totally my own.

By the time I finished my studies I had already begun freelancing as a musician. During my last semester I was a working cellist. I started playing pop cello in the band of Maia Hirasawa. I went on my first tour with Ane Brun. I was hooked immediately. I knew there and then that I would turn my back on the classical music and only play pop, jazz, well practically anything else as long as I didn’t have to work in any Symphony Orchestra. I pursued my career as a musician. I developed a web of contacts, I played with someone who knew someone who needed a cellist, who then passed on the word that I was good, that I could play cello and sing at the same time, that I could play the bass as well, good to have in the band, a multiinstrumentalist. I played in different projects, in different genres, in different bands. I toured with artists such as Maia Hirasawa, Nina Kinert, Ane Brun, Frida Hyvönen, Jennie Abrahamson, Rebekka Karijord, i did theater shows, i did studio sessions. I slept many miles in tour buses. I went round Europe and America, played at clubs, theaters, festivals.

All the time while being the musician behind other artists I wanted to be the one up front. I developed a longing and a jealousy. I wanted something more. Something in me had to get out. That undefined longing, away, out, up. Then suddenly it just kind of happened. I wrote all the songs for my solo debut as in a fever. I sat by myself with the cello and it was as though the cello made everything up, I just followed. In 2012 I released my solo debut ”Ah!”. When that happened something landed in me. I had found something that was completely and utterly me. No, forgive me, us. The cello and I. Everyone seemed to love our combo. Me and my cello. The reviews were positive and many. Every success felt huge, like a roaring victory. When I went on my first tour with Peter Gabriel in North America my album had been out little over 6 months. I loved it, I loved my music.

After three more tours in Europe with Peter, a duo tour with Ane Brun in the States, a duo tour in Germany with Jennie Abrahamson and a huge number of solo- shows of my own the time had come to write new music. I left my hometown Halmstad, I moved further north on the west coast of Sweden to live in a cottage by the sea and slept with double duvets and woolen socks. I played and wrote all day, I ran along the water, it was winter, everything was icy and cold, I didn’t really know what I was doing. When spring arrived record no 2 was written and I moved to Stockholm. A friend drove me and all of my possessions in a silver grey Volvo.

Autumn 2014 my second album ”Breaking and Shaking” was released. It got just as good reviews as the debut. I was happy, but at the same time I felt indifferent. They all say that ”It’s the difficult second album.” I don’t know, it was fairly easy to write, but I guess maybe they’re right, it wasn’t easy to carry. I had gotten tired of my leading star, my partner in crime, my second half. I didn’t enjoy playing anymore. I felt alone while giving concerts, I felt misunderstood. I wanted everyone to see me, I wanted everyone to love me, and I didn’t think anyone did. I brought musicians on stage, it became my salvation. Their energy carried me. After a year of great success on paper that I didn’t really understand everything inside me had slowed down to a halt. I saw no success, I didn’t really care about what I was doing. I pressed pause and cut loose.

Now that I sit here and write this I feel that good kind of restlessness in my body. I’ve recently been on an arena tour with Peter Gabriel and Sting in North America. That was fun. I’m falling in love with my cello friend all over again. I don’t know who of us came back really. Might just as well have been me that was left behind, or if I was the one leaving, I don’t care, it doesn’t matter. We’ve forgiven each other. We’ve written new songs. Today I think we’ve made little master pieces, tomorrow I’m gonna think they’re absolute shit. But I’m putting them out there. We’re never gonna stop, the cello and I. And when I die, I’m gonna keep playing, don’t know how, but I will. It’s gonna happen. It’s gonna happen and it’s gonna happen and it will never stop. The cello is gonna lead me in to the dark forest and we’re gonna find new paths of music that shines like gold so that we don’t get lost.

Linnea Olsson’s new album ”FOR SHOW/NOT FOR SHOW” is out NOW.