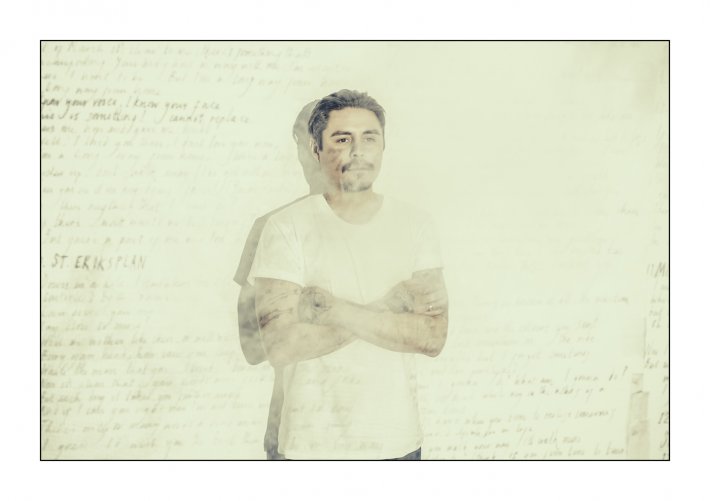 Art echoes the loudest from periods of isolation. Low Roar—the musical vision of Ryan Karazija—turns those moments of solitude into airy and ambient soundscapes materializing into anthemic melodies.

Born in the Bay Area to a mother of Mexican descent and a Lithuanian father, the frontman spent his formative years playing in bands around Northern California before hopping a plane to Iceland where he relocated in 2010. That same year, he recorded Low Roar’s self-titled debut in his Reykjavik kitchen. Quietly building buzz, he cut the critically acclaimed follow-up, 0, in a converted garage during 2014 before going on to grace the stages of Eurosonic, Airwaves France, The Great Escape, ATP, Lowlands, Iceland Airwaves, and beyond.

Between everything, Ryan Karazija spent most of 2016 by himself—traveling everywhere from Iceland, Sweden, and Poland to the Bay Area and Mexico before settling permanently in Warsaw. During this time, he carefully assembled what would become his third full-length record, Once In A Long Long While [Nevado Music].

“I was alone for most of the process,” Ryan affirms. “It was nice to go to all of these spots. There were a lot of great things that happened, and a lot of bad things that happened. There were really beautiful moments like the birth of my nephew, and there were really hard moments such as going through relationship changes. It helped to get it all out. I don’t think I would’ve made the same record if I was in one place.”

In the midst of his travels, he entered a London studio for a week in April 2016 with longtime collaborator Mike Lindsay [Tunng]. Recording wrapped in Wales at the end of August, with a final three-day session in the studio of producer/mixer Andrew Scheps [Red Hot Chili Peppers, Adele, Hozier].

“This was the first time that Mike, Andrew, and myself had worked and recorded in the same room together. When the record was done, we turned the lights off, put the Christmas lights on, listened, and each had a bourbon. It was pretty emotional.”

Penned in Mexico, “Bones” begins with a delicate piano punctuated by glitches as Ryan sings, “I’m exactly where I want to be, but I’m a long way from home.” As the beat builds, Icelandic songstress Jófríður Ákadóttir adds a haunting and heavenly harmony.

“I was in Sweden until March 1st, [2016] and I wound up in Warsaw, Poland, which brought me full circle,” Ryan recalls. “A recent relationship had just ended. ‘Bones’ tells this story: You’re in a relationship, and you don’t want it to end — but your significant other does. That’s the way it is.”

His voice immediately transfixes on the stark “Without You,” glistening over a gentle cinematic hum. “It was winter in Iceland. I had these big windows. I looked out into the middle of the street and saw somebody standing alone. That’s how the song started.”

The tambourine shuffle and off-kilter keys of “Give Me An Answer” tensely mount in tandem with Ryan’s infectious delivery. “It’s a little cocky and cheeky lyrically, but not too over-the-top,” he smiles. “It’s one of the most direct songs, pushing for that person to respond.”

Ultimately, Once In A Long Long While reflects Low Roar at Ryan’s rawest. “I just needed to get these songs out,” he leaves off. “I was documenting my life as it was happening.”