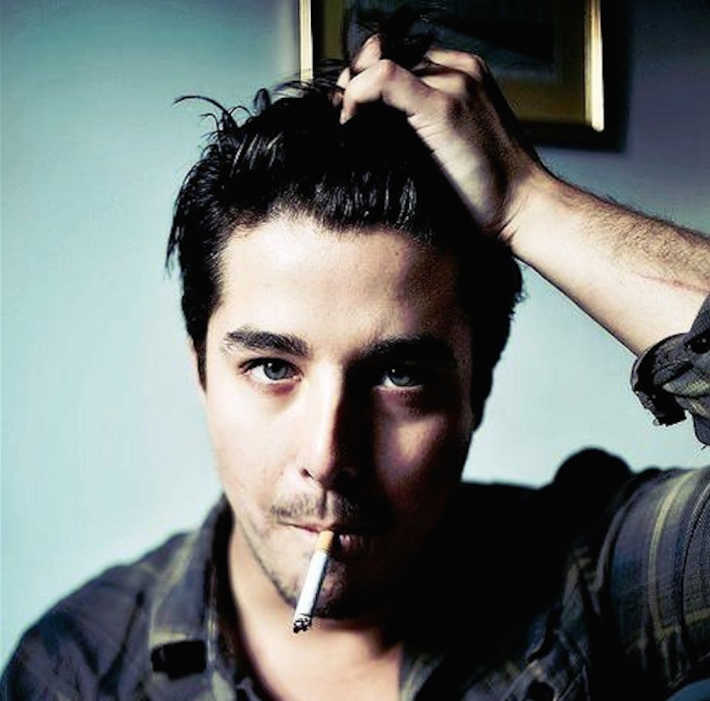 Some people want to make art which most of the time comes across like masturbating in front of a sign that says "Fuck You" at the corner of Terrible Street and Lost Cause Way.  Some people want to do lots of things.  Run around in their underwear.  Make babies but not have them.  Take acid.  Some people just wake up, work, rinse, and repeat.  It is what it is.  I'm not sure where Matthew Logan Vasquez fits in with all of the other people out there, but man does he make some great fucking music.  It isn't even masturbatory.  It is as much about freedom of self as it is about simply stepping deep into the jam and letting it all happen naturally like perfect bouncing breasts.  I'd have said dicks instead of breasts but a bouncing dick is about as awesome as fucking a post apocalyptic Twinkie.  Man I love Twinkies, but to eat when there is nothing else around, not to fuck when there is nothing else around.

From Delta Spirit to Middle Brother to his new project that is just his name, this ethnic fucker from Southern California and Central Texas has written some great songs that are all MLV.  Smart tunes that help me cry and get worked up like garbage people that can't seem to ever fucking find what they are looking for in the garbage and yell at it for not having it.  I thought the "L" in MLV stood for something like "Latin" or "Llama" given his heritage but it really seems to stand for a really average white guys name that I previously didn't know before he had the audacity to edit this bio.  Editing my writing is the equivalent to urinating in continuous circles on Beethoven's original sheet music... which I would LOVE to do at least once after drinking a mojito.  That said, some folks look to be on the edge of things and some folks want to be as far away from the edge as possible.  Matt seems to hang off the edge whenever he gets the chance creatively and otherwise.

Most of these fucking stupid music bios talk about dumb shit.  Me, me, me.  I'm so smart.  I'm so hip.  I don't fucking look ugly.  It's like, who really gives a fuck.  Bios.  What a bunch of nonsense.  I'm here to honestly say that Matthew Logan Vasquez is a permanently tan righteous dude who actually cares about what he's doing.  He's a dad too.  Rhythm of a different sorts made that happen.  Fuck yes.  I bet that little grow chi-chi will rock like his dad.

To Sum Up:  The corner of Terrible Street and Lost Cause Way would be a rough spot to buy a house.  Twinkies will still be delicious when the world ends.  Matthew Logan Vasquez is making awesome music.  His baby's name is Thor... fucking Thor...  Hammertime.