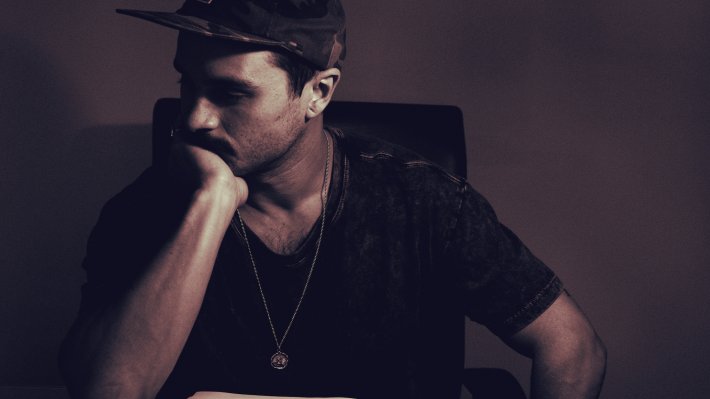 Born in the Lebanon, raised in the Midwest US state of Ohio and trained in London Michael Malarkey is an Atlanta-based musician and actor who’s versatile talent has seen him command both stage and screen and who currently features in hit CW drama, The Vampire Diaries.

Singing in various punk and hardcore bands in his teenage home town of Yellow Springs Ohio, Michael became enthralled with teaching himself guitar and working on self-penned songs that eventually developed into his own style of story-telling, soul-searching alternative folk.

The debut five-song offering, Feed The Flames EP sees Michael combine honest and exposing insights to his relationships with love and commitment with a playful commentary on the world around him, all carried along by his knack for a catchy melody and intricately picked guitar playing.

Through The Night And Back Again is the first single taken from the EP and features a sensitively plucked acoustic guitar that blends beautifully with Malarkey’s casually demanding vocal, tightly orchestrated harmonies and considered instrumentation. Throughout the EP his influences are clear and navigate their way through Tom Waits, Bob Dylan, Nick Cave and Jeff Buckley but ultimately stay true to Malarkey’s own distinctive hallmark of emotive and vivid imagery, merging his punk roots to narrative based acoustic songs that contain angst, humour, love and betrayal in equal measure.

With his acting career aggressively in the assent, Malarkey has simultaneously and relentlessly cultivated a body of music that will forge both creative worlds and establish him as a mainstay crossover talent, winning over audiences in both the music and acting arenas. Feed The Flames will be available to buy on 10” vinyl on the 8th of January 2015 and is available to download now.

1. Through The Night And Back Again