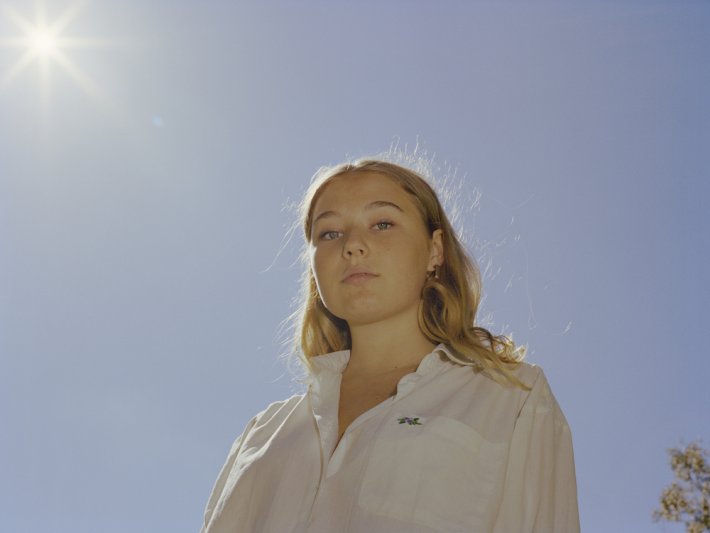 Hailing from the city of Gothenburg, Sweden, 18-year-old multi-instrumentalist and DIY musician Mimi Bergman – aka mimi bay – is crafting a Gen Z spin on age-old love quandries. Self-taught, she began writing and recording at 14 in her bedroom studio before sharing her music online. It quickly resonated with YouTube frequenters as her channel Hi I’m Mimi subsequently grew to a quarter of a million subs (and counting), and garnered over 11 million streams on Spotify.

mimi’s organic evolution and deep connection with her fans goes right to the heart of the new triple-single, ‘daydreams’. Comprised of three completed songs voted for by her growing fanbase from SoundCloud demos, the fully realised tracks, ‘wyd’, ‘daydream’ and ‘2am apollo’ are lush and mature pop songs without losing any of the intimate and raw beauty of the seeds that they grew from. mimi says -

‘I’ve wanted to share these songs since they were first demos but they never really had context so to finally share them with whoever wants to listen makes me happy.’