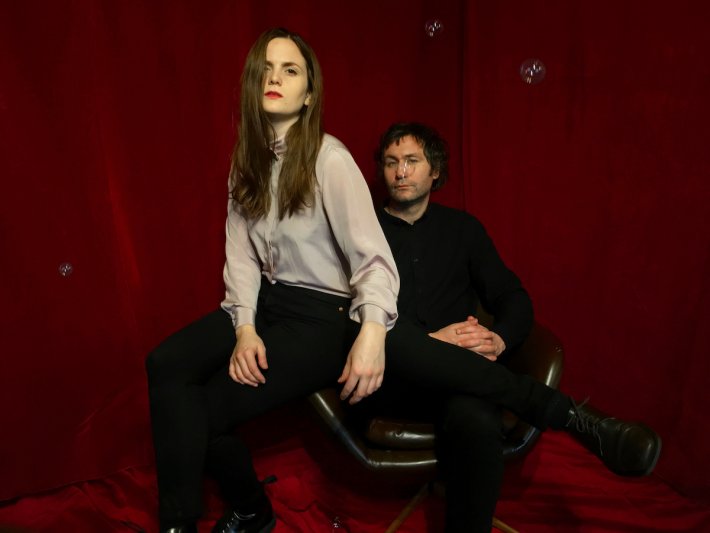 MISTY COAST is the dream-pop, shoegaze amalgam from Linn Frøkedal and Richard Myklebust (previously part of the Norwegian noise rock act The Megaphonic Thrift). September 2017 saw them release their critically acclaimed debut full-length, attaining a Norwegian Grammy nomination. The Bergen-based duo now gears up for their sophomore album Melodaze, which the band themselves has simply described as their “Berlin rebel album”.

The entirety of the second full-length was written under the brutalism of the German capital’s architecture, during their two-month stay in the locality of Schöneberg through winter 2018. Stationed in an icy-cold outpost, observing local smoky beer joints and the groaning of car exhausts through sub-zero nights, Misty Coast have created something reminiscent of the bleak optimism of Cocteau Twins, where heavily distorted guitar hooks and pulsating bass lines meld with Frøkedal’s effervescent vocals.