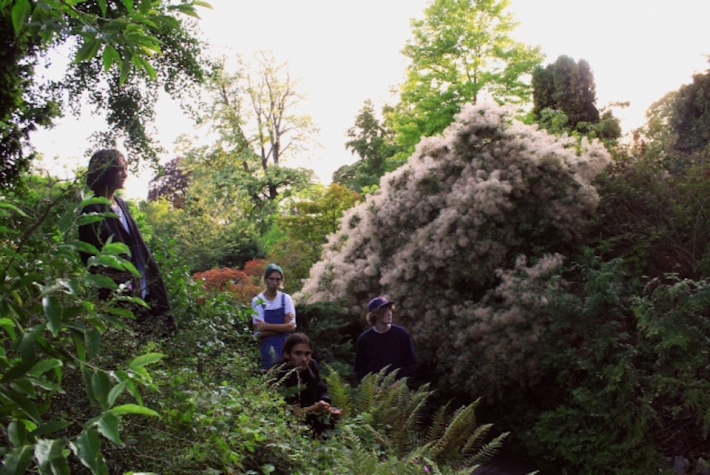 Brighton based Morning Smoke have been keeping very busy this summer by performing at variety of shows and festivals including The Great Escape, supporting Joel Gion and recording new material.

The four-piece are all still under 20 years old and have only been playing together as a band for one year. They have, however, already caught the attention of The Sun, Artrocker, NME, Big Cheese, Clash and Q Magazine. They have also been played by XFM’s John Kennedy and even outvoted Sam Smith on BBC 1 Edith Bowman’s Show. Not bad going..

Now Milo, Max, Isaac and Chris are ready to release their much anticipated double-a single called Hunger and Stephanie I. Having been compared to Sonic Youth, Joy Division and Interpol, Milo’s vocal impact stays with the listener for a long while after. Filled with irresistible riffs, washed in dreamy reverbs and led by steady mid tempo drum-beats, the pre-gothic double-a side is an overall infusion of memorable musicianship.