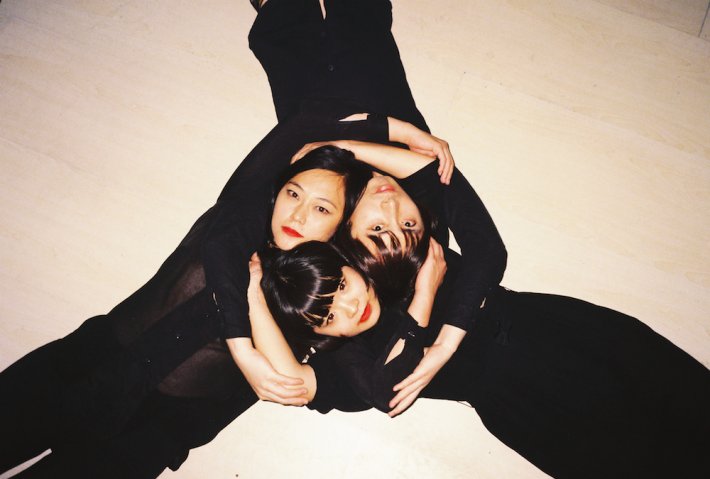 Nova Heart have taken China by storm with nearly a million streams on Xiami (Media Streaming Platform), over 200,000 views on LeTV (Chinese Netflix) and 150,000 hits on Youku (Chinese YouTube). With universal accolade pouring in from some of the biggest music publications on planet earth, and with no fewer than 350 live shows under their belt, the band are quickly expanding into Europe. The lead vocalist Helen Feng, has been dubbed the “Queen of Beijing Rock” and “Blondie of China”. You could add inter-dimensional time traveller to that list because Nova Heart’s upcoming self-titled debut album sounds like it was recorded a hundred years from now, produced by the master of the voodoo beat Rodion.

Nova Heart’s new self-titled LP begins with Drive To Our End which instantly brings out a feeling as it’s been taken right out of the Blade Runner soundtrack and sets the tone for a very cutting edge record. This brilliant introduction to Nova Heart’s sound keeps on going and growing in such a minimalistic yet intense manner, that by the time the next song begins to play, your pulse is raised. There’s no need for words, no need for singing even. Drive To Our End invites you on a journey from the word “go” during which the words unusual and unexpected are a continuous part of the story.

The second track on the record, called Lackluster No. immediately makes you drift off on the cool bass line and beats, psychedelic guitar riffs exploding out of a tinkering lull halfway the track. The bands most recent single has been supported by BBC Radio 6 Music’s Gideon Coe and quickly making it to Top 3 most listened to tracks on 6 Music Playlister. Nova Heart seem to have all the ingredients to become a huge success on in this part of the world.

We Are Golden is the new single, and it’s a sonically cosmic experience. Opening the song with a futuristic arpeggiator boosts the listening experience to yet another level. It’s Helen Feng’s delicate way of singing though which hits you straight through the heart. With a twinkle of Suzanne Vega- like controlled emotion and poise, We Are Golden strengthens the branch of freedom in creativity by holding back and letting go in all the right moments.

The best way to describe My Song 9 (which in fact has made it to number four on the album) is to call it “the inter dimensional time travelling piece of music which sounds as if it was recorded in the future”… For real… And then there are the vocals of Helen and the lyrics compound the sense that she is something more dangerous than a femme fatale.

The album consists of eleven inventively presented tracks. The wide use of synths throughout creates an unusual sci-fi-esque and eerie effect, similar to Le Tigre, Ladytron and Of Montreal which makes for a true aural feast. The LP will be available for stream and download 2nd October 2015 via Caroline International but it will still be fresh in the next century …. and beyond, making it probably the most effective electronica you are likely to hear in a long while…