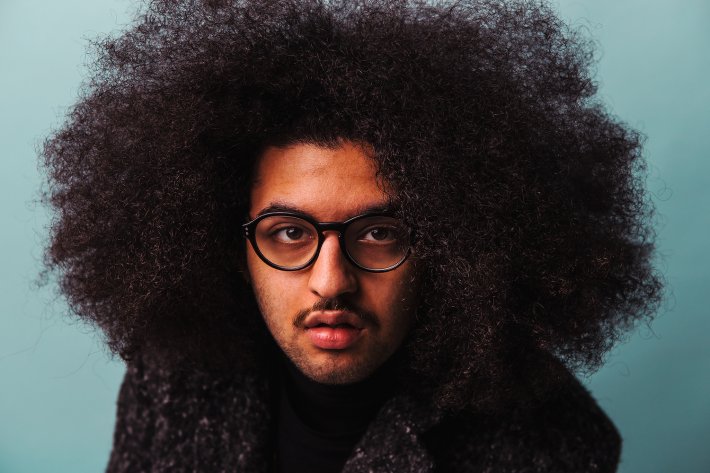 Pasha is truly one of the most exciting hip-hop acts emerging from Norway’s rap-scene. Despite being only 22 years old, Pasha has already created buzz in media such as NME, Transworld and Rap City with his unique and playful style.

With his iconic “fro”, Pasha’s first singles ‘Around the Area’ and ‘Colorblind’ received great feedback topping Spotify's viral lists all over Scandinavia and being featured on The Ride Channel and YouTube tastemakers Rap City. Spotlighted by NME as one “to explode” in 2017, Pasha’s energy is gaining followers quickly, especially after this year’s by:larm festival where Pasha’s three shows received top reviews securing a second performance at the winter X GAMES 2017.

Accompanied by the Norwegian dream Coucheron, Lemaitre and Soul Gem, Pasha’s previous single ‘Prettyboi Bounce’ has been playing nonstop on NRK P3 and NRKmp3, received 5/6 from p3.no and praise from taste makers such as Vibes Link, Blind Contour, and Aipate to name a few.

Before hitting notorious Norwegian festivals such as Slottsfjell and SKRAL, Pasha is ready to hand out another gem for the summer; the very Post Melone-esque“Way Up”.

With a pinch of 80’s retro fever, Pasha steps up his vocal game with smooth R&B hooks, complimenting the atmospheric 808 kick driven production. Produced by hip-hop hot-shot JNS, “Way Up” sets the mood for a chilled late-night summer vibe.