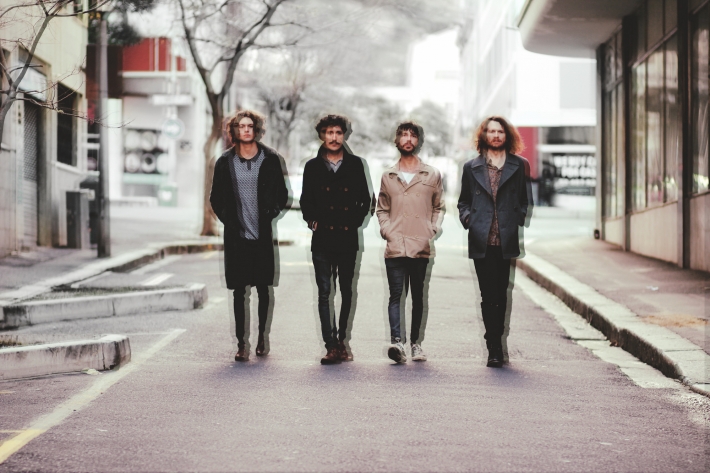 Meet The Plastics, an indie rock band from Cape Town, South Africa. Over time the band has been compared to a lot of things, worked with a lot of people and made a lot of friends. Their musical offerings and work ethic has been described as innovative, guerrilla, retro rock and melody, amongst others. Over time the indie rock four-piece has gained a cult following that tends to turn their sentences into acronyms. By getting the dance floor riled up, The Plastics are set out to take over the world, or at least play some pretty damn good gigs along the way.

2010 saw the release of their debut album, Shark. The LP was produced by award winning producer, Gordon Raphael – best known for his work with US band The Strokes. The album was jammed packed full of tricks, synthesizers and piano licks that all came together to create a polished and retrospective feel, that fans have become to love.

Their sophomore album, Pyramid is a great product of venturous sound coupled with catchy hooks. The album gives enough experimental progression to keep fans interested. The lead hit single Stereo Kids is filtered with a trippy, filthy fuzz of an electric guitar and different pedal affects that transport you to a psychedelic world. The album as a whole is designed to make its fan bounce and move on the dance floor. It’s a must have for all indie rock fans.

Stereo Kids, Best Pretenders and Occasional Lies the albums three singles were released receiving high rotation commercial airplay peaking at no.8, no.8 and no.10 respectively on South Africa’s largest and most prestigious national radio station chart 5FM’s Top 40 chart .2012 also saw the band open for UK indie rock band Two Door Cinema Club. The Plastics were chosen as one of the twelve winners of a MK MVP in 2012 for their music video Best Pretenders. The Best Pretenders music video and the Stereo Kids music video both reached no.1 on the MK Top 10 Music Video Chart.

2014 seems like a fresh start for the band. With The Plastics taking their time with producing new material, introducing a new guitar player to the lineup and making sure to give the old and new fans something of real substance to digest. Following on from the success of their first two albums, 2014 will see the indie ensemble bring their musical infusion to UK shores for their first UK date. The Plastics are making their way to reaching a vast and impressive fan base.