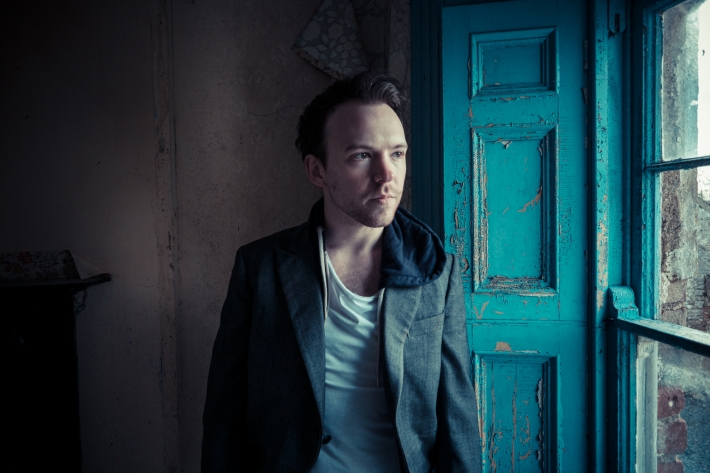 RAMS’ Pocket Radio is the alias of Northern Irish performer Peter McCauley. A multi-instrumentalist, RAMS’ takes inspiration from sources as varied as Beethoven and brutalist architecture to construct smart pop songs with a sharp progressive twist. His debut album Béton - French for “concrete” – is a solid statement built on several years writing, performing and growing.

Béton had a unique launch night exclusively in Northern Ireland last June. In the absence of online streaming of the album, the launch presented the perfect opportunity for dedicated fans to get their hands on the physical object before the rest of the world. RAMS' was joined on stage for the launch by musicians including Nathan Connolly (Snow Patrol), David C. Clements, SOAK, Gareth Dunlop, and Duke Special.

Love is a Bitter Thing is the first single to be released from Béton. It has long been celebrated as the jewel in RAMS’ live set, and sits as a reflective pause in the album itself. The single will be accompanied by new versions recorded by Alana Henderson and electronic artist Ryan Vail, as well as an official music video, and live duet with SOAK (newly signed to CHVRCHES' label).

Last winter, RAMS’ had the pleasure of supporting Glassnote signed artist Foy Vance on his extensive U.S. and European tour. Prior to this, RAMS’ has toured Europe, UK and Ireland with bands like Snow Patrol, Get Cape Wear Cape Fly, and Darwin Deez. RAMS’ will return to the U.S. this March to play several showcasing performances in New York and SXSW.