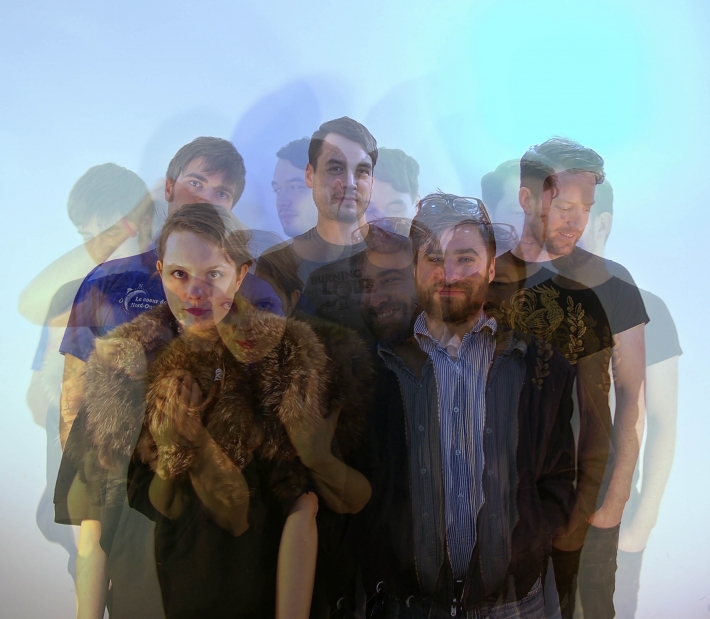 Summer Sun, the first single from Saskatoon’s Slow Down Molasses’ upcoming album Burnt Black Cars is available to stream now. The album will be released in early 2015.

Burnt Black Cars is based on a series of photographs band member Tyson McShane’s father took while living in Paris in May 1968, during the infamous anti-capitalist protests. The elder McShane’s time in the city’s Latin Quarter came with front-row seats to an iconic moment in history. He woke up every day and stepped out his front door to see artists, philosophers and students clashing with the police, cars being set on fire, tear gas flying through the air. “The songs on Burnt Black Cars take inspiration from the events of May ’68, and from my dad’s stories about it,” Tyson says, “but they’re more about the way conflict and societal struggle are an omnipresent backdrop to modern life, and about the normal, human moments that still manage to shine through.”

Slow Down Molasses’ debut album Walk Into the Sea was listed in 2012’s top 20 personal favourites of Allan Jones, editor of British rock bible Uncut, nestled snugly between Sharon Van Etten’s Tramp and Neil Young’s Americana. Since then, the band has played prestigious festivals across the globe, including SXSW, NXNE, CMJ, Reeperbahn and more. Fans can catch them at Quai Des Brumes on September 20 as part of POP Montreal.