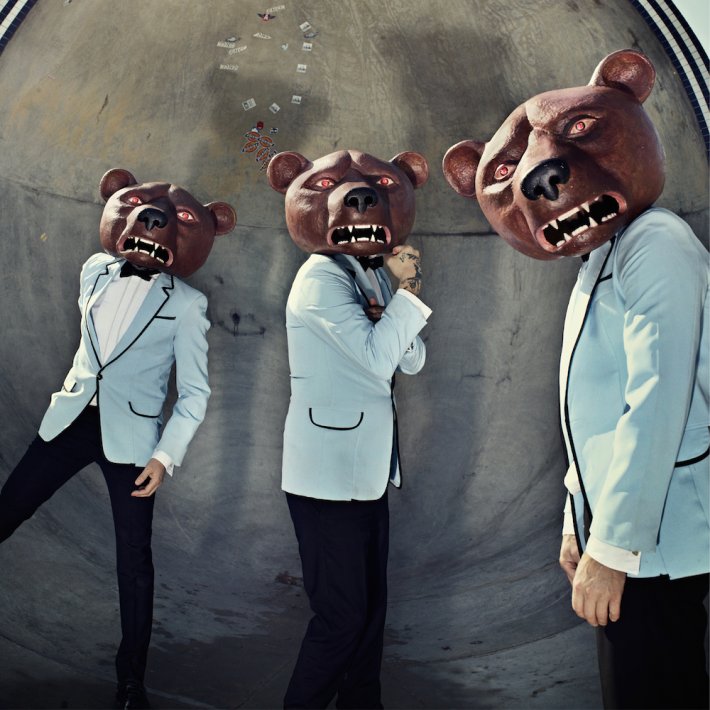 The multi Grammy Award-winning and Gold-selling team of song-writers/ producers called Teddybears once upon a time started off as a heavy and filled with angst punk/hardcore outfit. Today, however, they have evolved into an eclectic and genre-breaking musical hybrid of dancehall, rock and electronica. The trio, consisting of brothers Klas and Joakim Åhlund and Patrik Arve, has had a huge impact on the contemporary music and culture in Sweden, and therefore putting them in the very top of the most influential acts in Scandinavia.

Both as a team and individuals, Klas, Joakin and Patrick have collaborated with some of the biggest names in music nowadays, such as Katy Perry, Cee-Lo Green, Madonna, Iggy Pop, Charli XCX, Giorgio Moroder, Cheryl Cole, Robyn, Wiley, Iggy Pop to name a few.  That’s not all. They have also got a solid history in the world of licensing with a countless amount of their work being repeatedly connected and used by the biggest brands on the planet, from Nike, Apple, Google, FIFA (2012 and 2015), Peugeot, Disney, Fox, Carlsberg and the list goes on… and on… As if that wasn’t enough, the band have also been featured in a number of movies and TV-series such as Breaking Bad, Entourage and Chuck.

Throughout their career, Teddybears have always been very vocal about using their artistry as a platform to fight racism, inequality and injustice, and have repeatedly spoken openly about making the world a better place for everyone regardless of their nationality, gender, skin colour, sexual preferences or personal beliefs.

The much anticipated new album, recorded between London, Stockholm and Kingston, is set to be released fall 2015. It sees Teddybears yet again gearing up for a sonic punch in the face and meaning business from the word “go”. With an ace or two up their sleeve including a variety of collaborations such as Beenie Man and Cutty Ranks, as well as evolving their retro-futuristic feel for melodic hooks, one can rest assured the LP will be worth listening to. It proves over and over again that this successful trio can do anything they put their mind to. Want them to write a hit? Check. Want them to produce a massive name? Check. Want them to win an award? Check. Or maybe you want them to do something totally unusual and anti-pop instead? If so, then check out the album for you’re in for a treat.