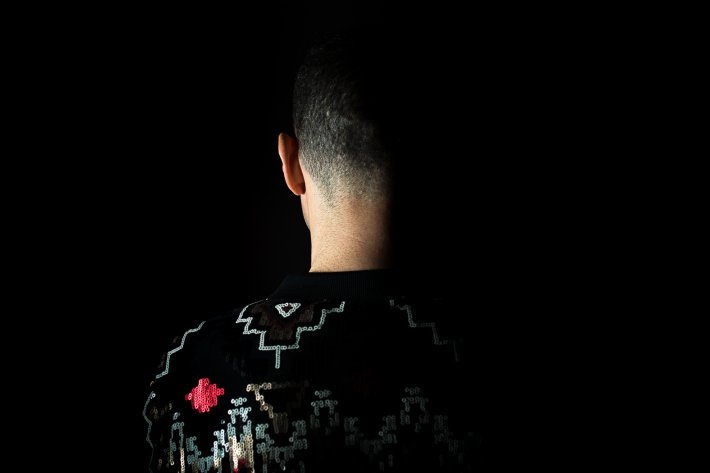 After first introducing himself with his beautifully composed debut EP ‘You Give’ in 2015, Theo Bard has spent the intervening years pushing his folk roots further with rave-inspired spectral sounds. To best describe the songwriter’s newer resonations, think post-2014 James Blake confessionalism held together with the instrumental glue of xxyyxx. In late-May of 2019 he returned with ‘The Gift’ which was placed as a CLASH Track of the Day.

Now Theo Bard serves us with his latest EP ‘Inkus’…

With thunderous force, opening track ‘Forget’ is a haunting exploration of lost love that demonstrates Bard’s artistic prowess where his thoughtful lyrics portray a sentiment that seethes with sincerity. Bard injects the production with the depth of emotion you’d expect from a song that laments the realisation that an ex has well and truly moved on. The processed effects only work to heighten the track’s unnerving atmosphere and perfectly complement the experimental instrumental; Bard’s creative intention is clear as every element of ‘Forget’ strives to standout.

Other highlights include ‘The Gift’ – an ode to familial unity as a medicine for the emotional turbulence of life. Full of soaring synths and atmospheric samples which oscillate and tremor, the track was hailed by CLASH as ‘a subtle but striking return’. Stirring ‘Slow Brain’ is a seductive down-tempo jam which juxtaposes the cracking closer that follows it to close the record. Pulsating ‘The Screen At Night’ uses a sonic landscape of distorted bass to frame lyrical discussion of social media and its evils.

Elaborating on his new release, Theo Bard explains, "INKUS is the culmination of 5 years spent exploring the world of electronic production. In many ways it is a new dawn for me - embracing contemporary influences, using the tools of the modern producer such as soft synths and sampling, and embracing different songwriting forms and more oblique lyrics.

But through these changes, the devotion to the song itself hasn't shifted. The desire to tell a story, express a feeling and capture a moment in time is stronger than ever, and now I have these tools in place the possibilities for the future are limitless."