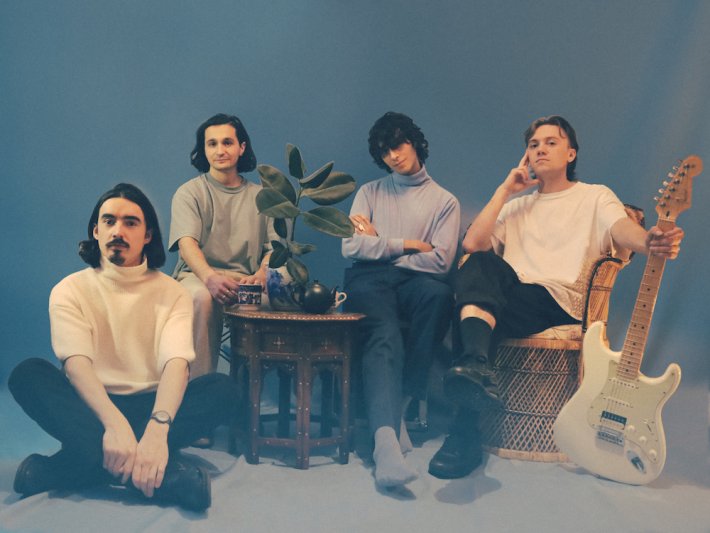 Following on from 2019’s EP ‘Okay’ – which received heavy rotation from BBC Radio 1’s Jack Saunders, Huw Stephens and Phil Taggart and Jamz Supernova ¬– Bristol/London-based outfit Tungz return to their fresh and groove-filled ways with ‘Can’t We Just Be Friends Again’. The day the EP dropped, was the day principal songwriters Nicky Green and Jamie Maier had to move from their Bristol home. With no tangible plans, the pair found themselves sofa surfing around London.

Migratory and provisional, writing and recording was implemented in whatever temporary space they found themselves. Months of limbo passed until the day came to move into a place of their own; coincidentally and symbolically, the same day the band signed to label home Heist or Hit. New single, ‘Can’t we just be Friends Again’ has its origins story in the Apple Store, Cabot Circus, Bristol. The track itself is an open dialogue about wanting to snap back to being happy with someone you've only ever really been cool with before. The track throbs with the metallic clang of industry before capsizing under its own weight, giving rise to a jazzy palm mutes and climbing twists of modular synth.

“This is BS and we said this was golden paradise.” barks Jamie in the opening line, expressing the weird frustration that comes with trying to argue with someone you don't know how to argue with because you've never had need to do so. "In a previous song, Jamie said, 'Maybe sometimes we should [fight]'. In this song he's like 'Actually no'. It's about two people who've never really started an argument trying to end one. This track feels like a statement to us. But it's also a question. That's why we left off the question mark. We went heavy on the production - it's gonna be a nightmare to work out how to play it live."