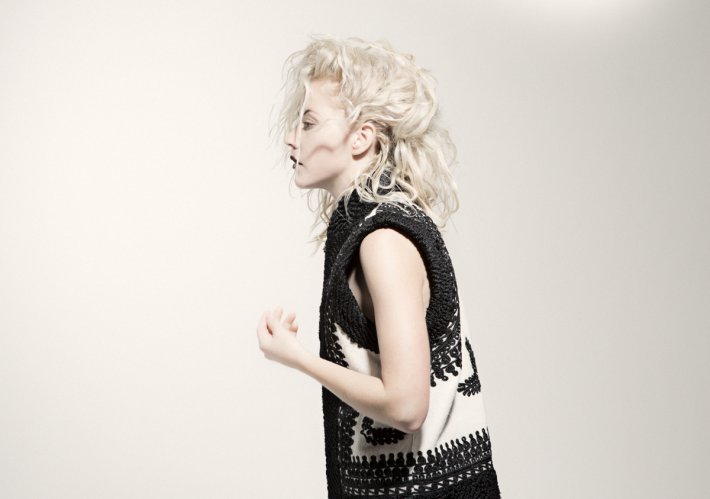 Swedes are well known for their forward thinking in design, fashion, healthy living and of course music. Their latest export, in the form of electronic-pop Vanbot, has been the talk of the town already. By distinguishing herself with Ester Ideskog’s hooky melodies, memorable song-writing and striking vocals, Vanbot is all about the highest level of pop craftsmanship.

‘Collide (Krasnoyarsk)’ begins a new chapter in Vanbot’s musical journey by making this record less polished and more expansive on the production front. Whilst being noticeably led with its electronic beat, from the word ‘go’ the song incorporates spacious and brooding undertones in the style of Phantogram. Highlighted with a Poliça-esque electro-noir shade of colour, Vanbot knows just how to add ethereal authority around the edges to its very straight forward Annie and Noonie Bao-like pop structure.

Ester says: “’Collide (Krasnoyarsk)’ was written after four days on the Trans-Siberian Railway, traveling through the deepest parts of Siberia. The temperature was just above zero, it was raining and we were passing through small villages and old industrial communities. It describes the collisions and the attractions in relationships, and having no choice but to accept the raw and un-retouched feelings. You know, it’s like the poem of David Jones: ‘It’s both a blessing and a curse to feel everything so very deeply’.”