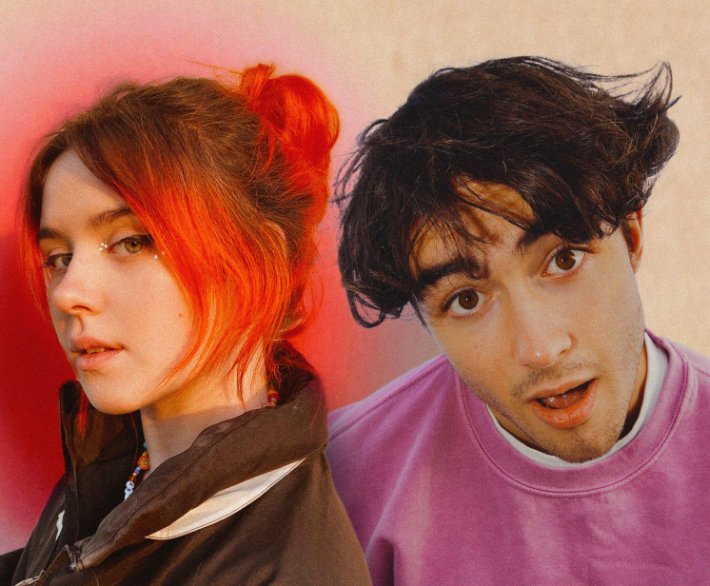 With his highly-anticipated new mini-album dropping later this week, Alfie Templeman has now unveiled the next cut to be lifted from his upcoming collection.

The new single 'One More Day' sees him team up with Irish newcomer April for the release, and follows on from the previously shared tracks 'Shady', 'Everybody's Gonna Love Somebody' and the release's title track in previewing the new mini-album 'Forever Isn't Long Enough', which is out on the 7th May via Chess Club Records.

Speaking about the new offering, Alfie said, “'One More Day' is the most subtle song on the record. I wanted to make something that sounded like the soundtrack to a sunset. April made the song that extra bit special, her verse and harmonies really complimented the track and helps you to see its context really clearly”.

While April adds, “I love Alfie’s music so when he said he had a song for me to feature on I was so excited - I was instantly hooked. It’s very chilled, very late night moody drive vibes, I hope you love it as much as I do!”

Have a listen to 'One More Day' in the player below.

Following on from the release of his highly-praised 2018 LP 'Good Thing', Leon Bridges has now announced his plans for a new studio album, arriving... 6 hours 48 min ago

Having remained largely silent for the last few years, Martha Wainwright has now returned to announce the details behind her next studio album.... 12 hours 29 min ago

Following on from the release of his highly-praised 'In Limbo' EP last year, Max Pope has now returned to share a brand new single. The new track... 14 hours 36 min ago

Following on from the release of last year's highly-praised LP 'Silver Tongue', TORRES has now announced her plans for a new studio album, arriving... 1 day 6 hours ago

With their eagerly-awaited new album set to drop in the coming months, The Go! Team have now unveiled the next cut to be lifted from their... 1 day 12 hours ago

After delivering his much-loved debut solo single 'Force Majeure' earlier this year, Justice's Gaspard Augé has now announced his plans for his debut... 1 day 14 hours ago

With their highly-anticipated debut album now less than a month away, easy life have now unveiled the next cut to be lifted from their forthcoming... 2 days 6 hours ago

With their highly-anticipated new album now less than a month away, Wolf Alice have dropped the next cut to be lifted from their forthcoming full-... 2 days 12 hours ago

Following on from the release of their highly-praised St. Vincent-produced album 'The Center Won't Hold' in 2019, Sleater-Kinney have now returned to... 2 days 14 hours ago

6 hours 48 min ago Following on from the release of his highly-praised 2018 LP 'Good Thing', Leon Bridges has now an