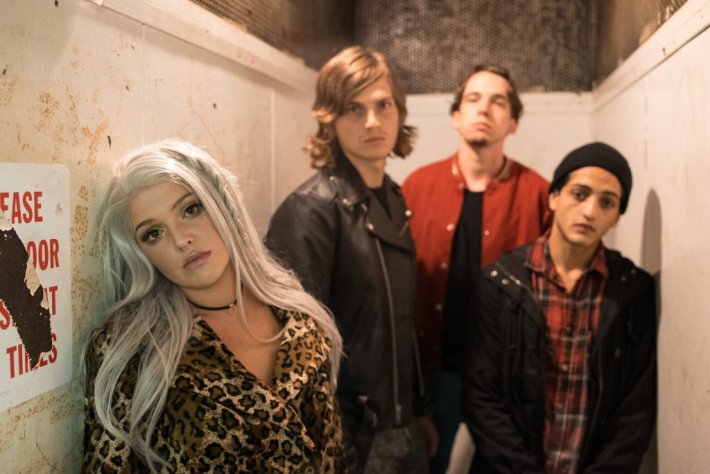 Over the last few years, the DIY-approach to recording music has quickly become one of the preferred methods of producing new music for so many bands. Yet while many treat it as an excuse to cover up poor writing, very few have managed to use the concept to add a rougher, more raw sound to their music. But one of those showing them all how its done is New Jersey indie-punks The Nectars.

Having already announced the details of their debut album 'Sci-Fi Television' earlier this year, the four-piece have now returned with their latest single 'I Want It', a blistering 2-minute anthem with all the savage intensity of a band who know that they are on to a good thing.

Frontwoman Jessica Kenny explains, “'I Want It!' is 2 mins of scorching, garage rock emotion. As a band we always like to toy with power dynamics and thought a woman demanding sex would be jarring to chauvinist ideals. With that in mind we needed to write a song encapsulating the feeling of being stoned, late at night, post show, covered in sweat, eager to fulfill our own physical desires. The slogging pendulum of a riff was born out of Jon’s frustration with guitar-less pop music dominating what’s left of Alternative Radio. Following in the Lo-Fi footsteps of our idols Ty Segall and Thee Oh Sees we assembled a track that cuts open your ear drum and drinks the blood as a midnight snack. Do you want it?”

Their debut album 'Sci-Fi Television' will be available from the 25th May via 7Hz Recordings, and you can check out 'I Want It' in the player below.

12 hours 36 min ago With their highly-anticipated debut album now less than a month away, easy life have now unveiled

15 hours 36 min ago Following on from the huge success behind their debut single 'Echoes' earlier this year, fast-ris