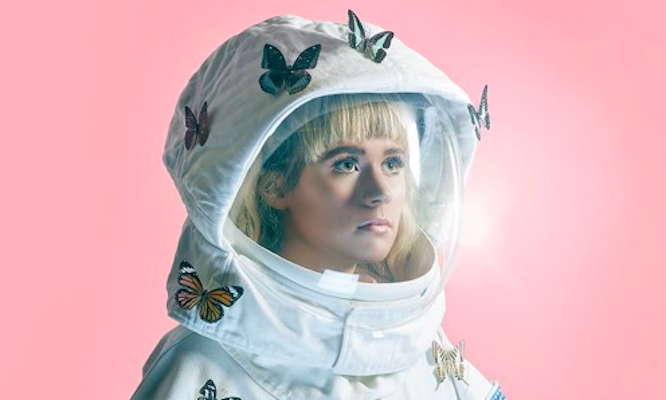 Having spent much of the last few years building her reputation, the still surprising young HANA2K is setting her sights on the year ahead to be the one where she finally breaks through to the mainstream, as she unveils her latest single.

Her new track 'Pretty Enough' aims to dismantle the idea of what a popstar should be in 2018, and instead takes aim at social media for driving the negativity in today's musical culture.

Speaking about the song, she says, “This song’s about not needing gratification from others as to whether you’re pretty enough for that.I want people to feel empowered by their own self-worth, not from the praise of others. I can relate, as I kept getting people tell me their opinion about certain things about me, such as; "you looked prettier without a fringe" or "I think you have too many piercings." Although the comments were not getting me down, they just confused me, because I didn't remember asking them for their opinion, but the comments just kept on coming, almost relentless sometimes, especially when you put pics up on Insta, it sort of makes people think that it's a plea for feedback!”

Have a listen to 'Pretty Enough' in the player below.

12 hours 25 min ago With their highly-anticipated debut album now less than a month away, easy life have now unveiled

15 hours 25 min ago Following on from the huge success behind their debut single 'Echoes' earlier this year, fast-ris