ARTIST OF THE WEEK: No. 198 Calpurnia

ARTIST OF THE WEEK: No. 198 Calpurnia 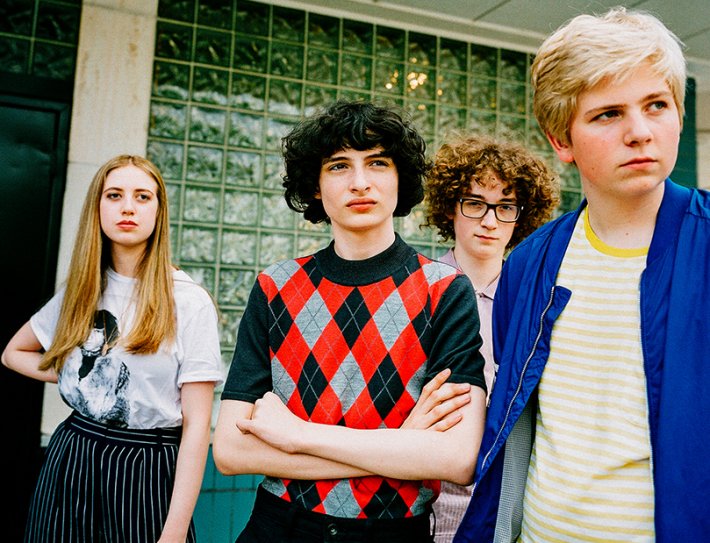 Netflix series Stranger Things may have already penetrated the consciousness of the world, but one of its stars is now looking to do the same in the music industry. Finn Wolfhard, better known as Mike in the series, introduced his band Calpurnia to us earlier this year and have now dropped the visuals to the latest track to be lifted from their debut EP.

Despite their young age, the new single 'Greyhound' sees the band adopt a very mature direction. With inspirations that can be traced back to the woozy shoegaze era of the early 90s, this new track fits perfectly alongside the Courtney Barnett and Mac DeMarco side of the scene, not to mention throwing in the odd Dire Straits-style guitar solo in there good measure.

Finn discusses reuniting with the video's director Jeremy Schaulin-Rioux, explaining, “If Jeremy hadn't cast me and Malcolm in PUP’s "Guilt Trip" video back in 2014, I doubt Calpurnia would even exist. He was not only instrumental in the genesis of our band, but he established what for me is the ideal tone on set. To have it all come full circle with Jeremy directing our "Greyhound" video, it really is kind of amazing. I mean, I don't think you could actually write this story, because no one would believe it."

Calpurnia's debut EP 'Scout' is available now through ParadYse/Transgressive Records and Royal Mountain Records, and you can check out the new video for 'Greyhound' in the player below.

48 min 38 sec ago After delivering their 'New Me, Same Us' Remix EP earlier this year, Little Dragon have now retur

1 hour 48 min ago After establishing herself with some brilliantly bold and inventive cuts these last few months, A