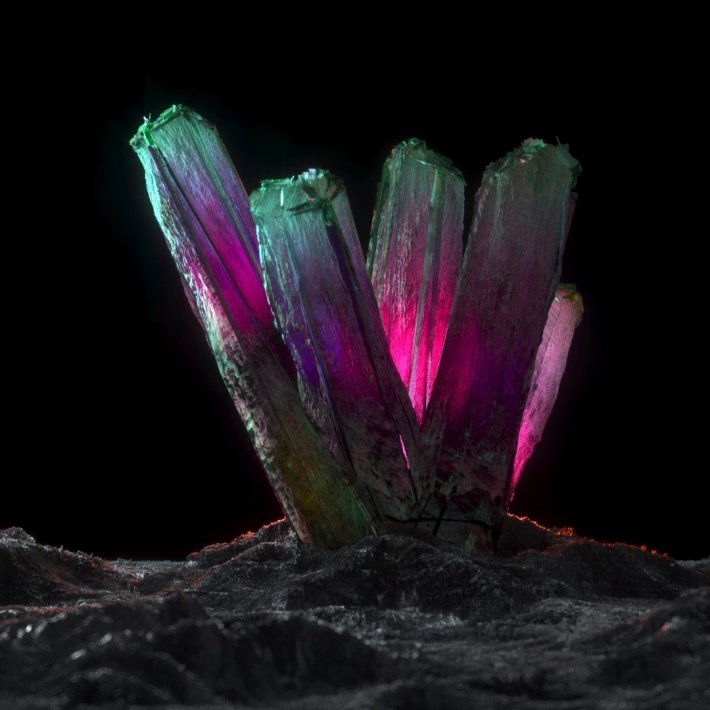 After leaving his formative band alt-J at the peak of their popularity in 2014, it seemed like a strange move for then bass player Gwil Sainsbury. But having now returned with his brand new project LOOR, it is clear to see that he had an entirely different vision for himself as he now shakes off his past and ventures into the world of abstract electronica.

Having already released his brilliant debut single 'Leigh Woods' earlier this month, he has now returned with his latest psychedelic offering 'Warm'. Featuring a warped and pulsating new video, directed by artist Salvador Herrera, 'Warm' is a bold and swelling piece of digital euphoria that at moments triggers comparisons to Daniel Avery and Floating Points with its harsh yet captivating sound.

Speaking about the new visuals for his single, Sainsbury added, “I first met Salvador when he was part of a Bristol art collective called Caraboo Projects. My immediate feeling was one of long-term collaboration. His approach to animation is extraordinarily complex. For this video, he commissioned a glass artisan in Mexico to make the individual components of the Jellyfish protagonist. These have then been filmed and composited with long exposure photography creating lines of light for the tentacles (Physiograms). The intended effect was to create a life-form made of light that would evolve, becoming more and more complex, as the video unfolds towards a transcendent ending."

LOOR is expected to release his debut EP 'Nightland', which features both 'Leigh Woods' and 'Warm', on the 22nd November via AWAL Recordings, and will precede his debut album, which is expected in the spring of 2020. Check out the new video for 'Warm' in the player below.

2 hours 38 min ago Following on from the enormous love for their recently released EP 'Good Dog, Bad Dream', Hippo C

54 min 59 sec ago Having spent the last few months delivering a wealth of bold and captivating offerings, emerging