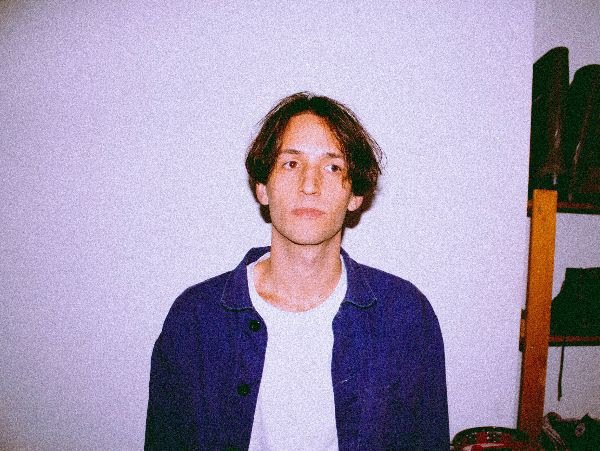 Since first emerging out of his bedroom in Leeds last year, Far Caspian's Joel Johnston has been on a prolific journey ever since. With two EPs under his belt already, and regular airplays on Radio 1, 6Music, Radio X as well as appearing on numerous Spotify and YouTube playlists, he has been tipped for major things in the year to come and now returns with his latest single 'July'.

Lifted from his forthcoming third EP, 'July' captures that same self-described "melanjoly" sound he has been showcasing throughout his career so far. Built on a backdrop of dream-pop, the frontman and producer isn't afraid to let other influences cloud his direction, regularly adopting elements of commercial pop and progressive indie aesthetics throughout.

Speaking about his latest offering, he said, “I had been demoing tracks before I went out on tour this Autumn and wasn’t happy with any of the ideas but then I came back and the demo project of 'July' was still open on my Mac so I started reworking it to what it is now.

"Originally it was like a bad rip off of ‘Time after Time’ by Cyndi Lauper so I ditched a lot of the synths and drum machines and replaced them with more acoustic sounds like classical guitar and piano. I’ve been listening to more pop music recently, new and old and I definitely have started to aspire to write songs that are a bit more focused on getting to the chorus and the payoff.

"The track itself is based around a situation I’ve been in a few time’s where I’m having a conversation with someone but I’m not actually really present because I’m in my head worrying about something else.”

'July' is now available to stream and download, and comes with the announcement of a short UK tour and SXSW show for the artist in the months to come. Have a listen to 'July' and see the full list of tour dates below.

15 min 21 sec ago After spending the last few months collaborating with the likes of Ibeyi and Mura Masa, Pa Salieu