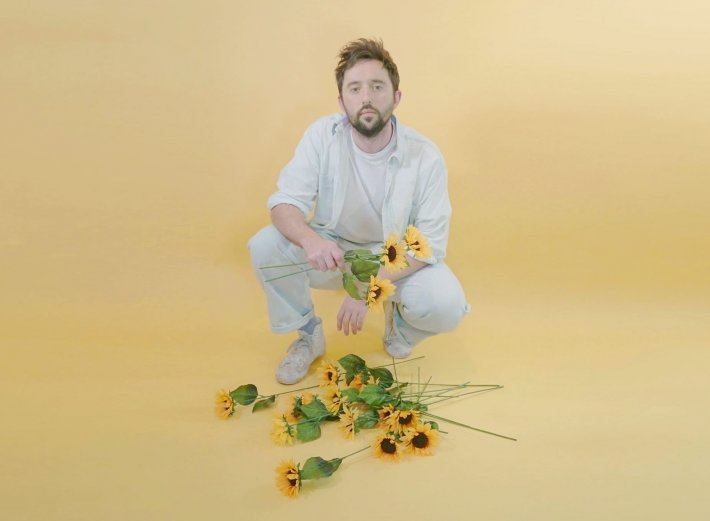 Having spent the last few years working predominantly as a composer for the likes of the BFI, BBC and Channel 4, producer and frontman Hugo Brijs has now taken the plunge in joining the wide world of mainstream music as he delivers his bold and euphoric debut single 'Glitra'.

Already securing a sync placement with iconic fashion brand Tommy Hilfiger, 'Glitra' is a fresh and vibrant new offering that looks to follow in the footsteps of acts like The Naked & Famous and Of Monsters & Men with its soaring sound. The new track is set to be the first taken from his forthcoming debut album, which was was produced by Rob Brinkmann, long-serving engineer of RAK studios (Drake, Royal Blood, Pixies, Clean Bandit and Mumford & Sons) and mixed and mastered at the legendary Abbey Road by Oli Morgan (Bastille, Princess Nokia).

Speaking about his new release, he said, "‘Glitra’ is the title track from his upcoming debut album, due for release later this year. The record was crafted over a two-year period following the artist’s decision to leave London and return to the countryside near where he grew up. In search of a much-needed opportunity to recalibrate and re-assess his direction, he took up a property guardianship of a dilapidated Victorian mansion called Cecil Court. The house become home to a newly formed group of friends who spent an idyllic chapter together as an inseparable gang - walking, river swimming, partying, and making music. This time creates the narrative backbone of his debut album".

Have a listen to 'Glitra' in the player below.

12 min 51 sec ago After spending the last few months collaborating with the likes of Ibeyi and Mura Masa, Pa Salieu