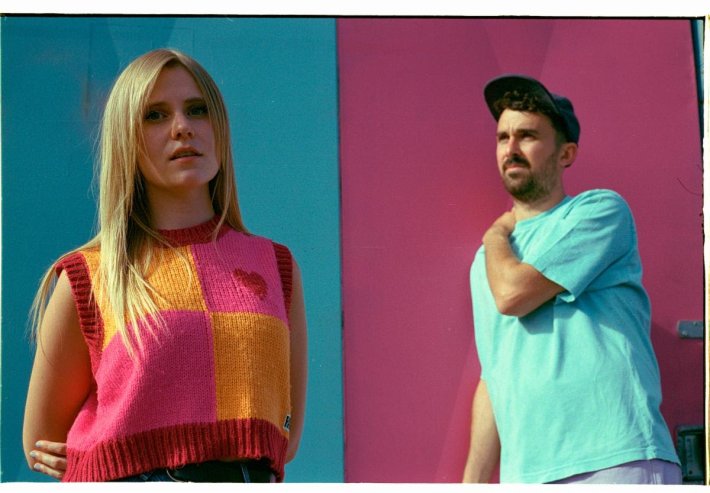 After originally forming during the first pandemic lockdown at the start of 2021, London-based duo O. have been quickly making a name for themselves across the capital, as well as supporting Black Midi on their recent tour, and are now ready to introduce themselves to the world with their infectious debut single 'OGO'.

Comprised of Joseph Henwood (sax) and Tash Keary (drums), the band's distinctive sound can only be described as a jazz-punk fusion, filled with bold and intense energy. Despite only two members in the group, they have created a raw and soaring sound that brings something truly fresh and unique to the scene.

Speaking bout the new offering, they said, "We wrote OGO in a soundcheck in Oslo, whilst on tour supporting black midi. It had hit minus 5 outside so we started jamming something fast to try and keep our hands warm.

"Playing live is a really big part of O., so we loved the Speedy Wunderground approach of recording one track in one day, holding off on major edits, and we are not even listening to the track until it's released. It's just the two of us on the single (as it is live) with Dan Carey and Adele Phillips helping us recreate that gig feeling in the studio."

Have a listen to 'OGO' in the player below.

7 hours 6 min ago With their highly-anticipated new album landing early next year, Circa Waves have now dropped the

10 hours 12 min ago After breaking through with their brilliant debut single 'Old Mate Bill' earlier this year, emerg