The band's sophomore full-length is out in May 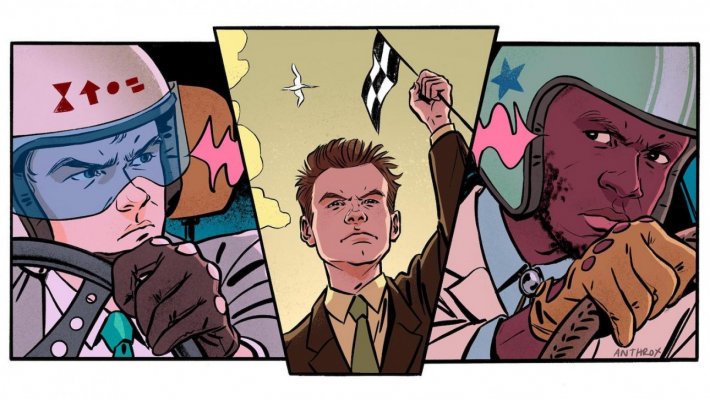 Following on from the release of their highly-praised debut album 'Schlagenheim' in 2019, black midi have now announced their plans for a new LP, arriving in the coming months.

The new full-length 'Cavalcade' is being previewed by the new lead single 'John L', which comes accompanied by a stunning new Nina McNeely-directed video, and is set to be released on the 28th May via Rough Trade Records.

Speaking about the new release, frontman Geordie Greep said, "It’s easy to get wrapped up in the improvisation myth of divine intervention, that if a song doesn’t happen in the room naturally without it being guided by someone specifically, when we’re all just feeling the vibe, then it’s not proper and it’s not pure. That's kind of a dangerous thing because you end up never trying something different, or you just abandon an idea if it doesn’t work at first because you’re always waiting for that thing to arrive perfect."

While drummer Morgan Simpson added, "The experience this time round was completely the flipside to Schlagenheim. A lot of the material was really fresh but that was something that played into our hands and we relished it."

Check out the new video for 'John L' in the player and see the album's full tracklisting below.

Following on from the release of his highly-praised 2018 LP 'Good Thing', Leon Bridges has now announced his plans for a new studio album, arriving... 7 hours 43 min ago

Having remained largely silent for the last few years, Martha Wainwright has now returned to announce the details behind her next studio album.... 13 hours 24 min ago

Following on from the release of his highly-praised 'In Limbo' EP last year, Max Pope has now returned to share a brand new single. The new track... 15 hours 31 min ago

7 hours 43 min ago Following on from the release of his highly-praised 2018 LP 'Good Thing', Leon Bridges has now an