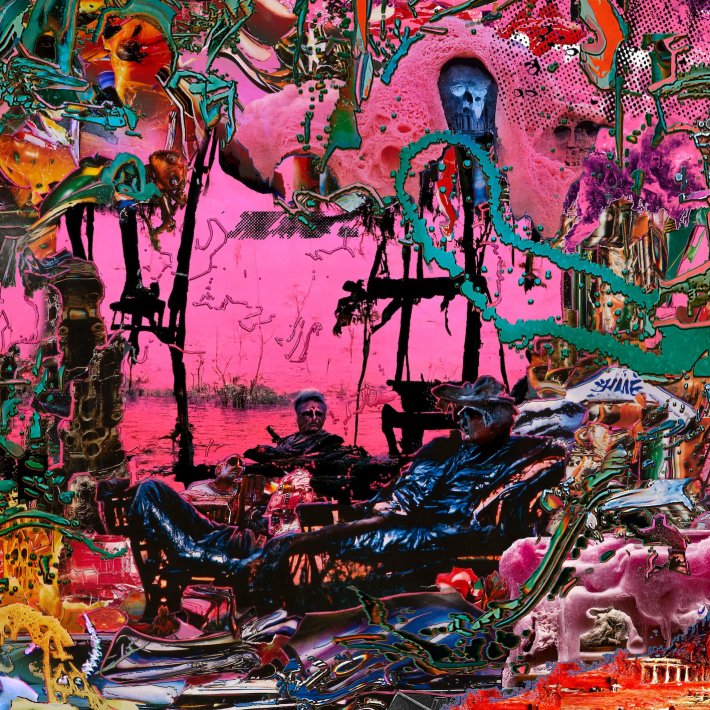 If there has been any band to completely split musical opinion over the last few years, both critically and commercially, it is black midi. When they released their breakthrough debut album 'Schlagenheim' in 2019, many were left pondering exactly what, who, and why they are. Their outlandish experimental nature that fused jazz, prog-rock, and avant-garde textures together made them one of the most compelling cult names on the scene, and now they are rebuilding themselves from scratch once again on their third full-length 'Hellfire', a record that sees them breakdown and then rebuild themselves throughout.

For a band that has been such a unique entity amongst us in recent years, they seem to have a very easy time completely reinventing themselves. Last year's LP 'Cavalcade' saw them embark on a more progressive direction, but for 'Hellfire', it feels like they all forgot how to play their instruments correctly and had to learn all over again. There is this strong connection to their earlier work, but almost as if those at the helm have been inhabited by completely different creatures, posing as black midi but ultimately taking the band down a completely different path altogether.

That is not to say that 'Hellfire' is anymore lacking than their previous outings, because truthfully, they are more inventive and innovative than ever before. black midi are like a Rubik's Cube that keeps changing its colours; just when you think you have figured it out, it morphs into something even harder to place. A merit that very few can say they can do even remotely well.

6 hours 29 min ago With their highly-anticipated debut EP less than a day away, Divorce have now dropped the final c

3 hours 30 min ago Having already found praise from the likes of BBC Introducing and Notion for her recent releases,