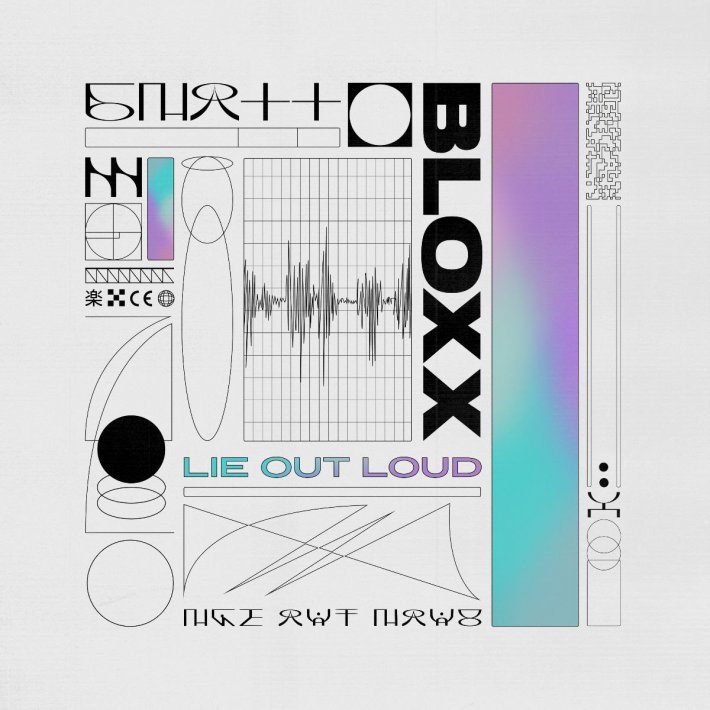 After spending the last few years building up their reputation with a flurry of impressive singles and festival performances, Bloxx quickly found themselves as one of the major talking points of the British new music scene. Much like their peers Marsicans and Sea Girls, who also released their debut albums in recent months, the four-piece have been slow to bring their material to any form of full-length release, opting mainly for short and punchy single-track releases that continue their momentum forward. But finally they pass that major milestone with the unveiling of their debut album 'Lie Out Loud', a record that makes for a rousing introduction.

Filled with several previously shared cuts including 'Go Out With You', 'Coming Up Short', 'Thinking About Yourself', 'Off My Mind' and many more, 'Lie Out Loud' is one of those rare offerings that looks to cement them down into one particular direction rather than opt for a more diverse affair that ultimately feels like a smorgasbord of ideas without any real focus. With its bold and euphoric riffs, mixed effortlessly amongst lead singer Fee Booth's instantly engaging vocals and lyrics, the Uxbridge four-piece look to deliver one high-energy belter after another, making for a fresh and vibrant debut full-length throughout.

The buzz surrounding Bloxx these last couple of years has been undeniable, and this new collection is testament to that energy behind them. From the start, 'Lie Out Loud' looks to be a bold and captivating release that rarely falters, and not only does it achieve that goal, it makes us feel that this is just the beginning for them as they leave us feeling that the best is still yet to come.

1 hour 59 min ago Despite only just releasing their highly-praised debut album 'Open Up Your Head' a few weeks ago,

21 hours 20 min ago As an artist that always hopes his music will bring peace and inspiration to the world, emerging