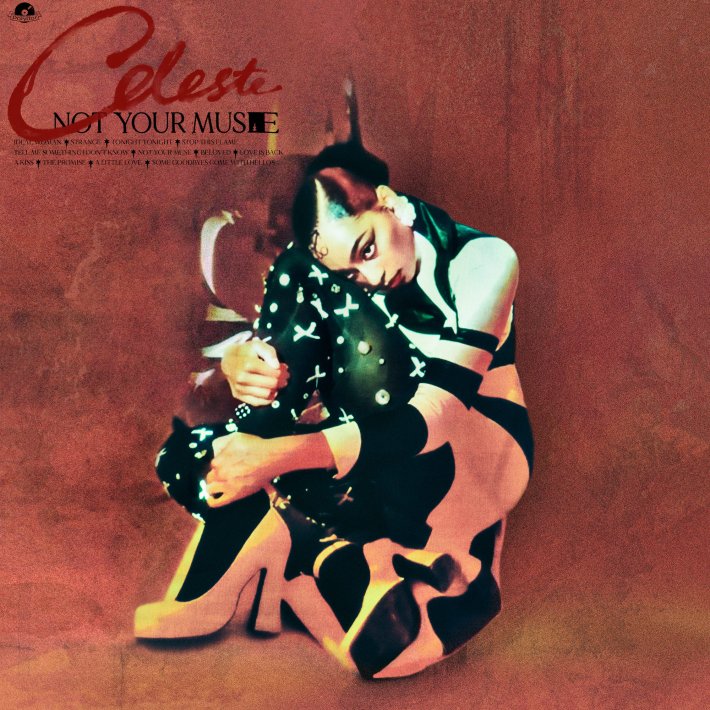 When Celeste released her breakthrough single 'Strange' in 2019, not even she saw the response it received coming. After little fanfare upon its release, the track slowly began to earn more regular radio rotation, thanks to huge demand from listeners, and quickly made her one of the most exciting new names arriving on the scene. And after a whirlwind 2020 that saw her build on her growing reputation, landing even more notable accolades and live appearances around the world, she delivers her debut album 'Not Your Muse', a record that longs for a similar time for us all.

From the very start, 'Not Your Muse' looks to take the stripped-back and simple concept behind 'Strange' and push the boundaries of it as far as it will go. While there are still plenty of moments that see it crack out the vibrant percussion and more adventurous directions, it is the humble soul numbers that keep this collection held together. Her voice is such a central concept to her sound, there are plenty of moments that see her use little more than that. Which is precisely what our ears are drawn to every time, making for a diverse but always succinct album to cement her style within.

In some ways, it feels as if Celeste is following in the footsteps of Adele. While their musical worlds aren't that far apart, there is something intrinsically captivating about her voice, giving us glimmers that we are only just beginning to experience what she is capable of. 'Not Your Muse' is a strong and ambitious debut that knows exactly how it should sound, and creates this fresh and exciting world for us all to enjoy.

3 hours 57 min ago Having remained largely silent for the last few years, Martha Wainwright has now returned to anno

Getting To Know... Sunflower Summit

1 day 1 hour ago After spending the last year releasing a flurry of bright and enticing new offerings, Chicago-bas