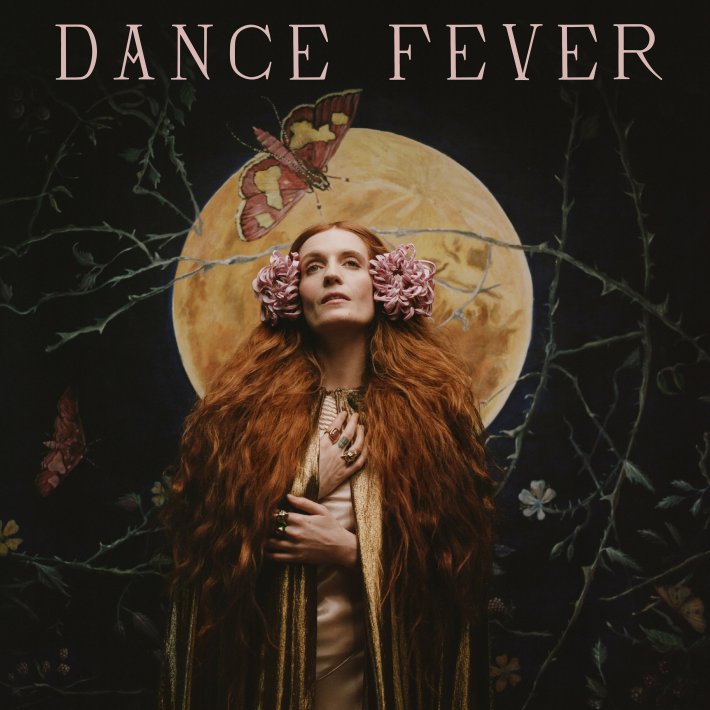 Ever since they first introduced themselves with their stunning debut effort 'Lungs' back in 2009, Florence + The Machine have rarely veered from their rich and euphoric direction. After more than a decade churning out thunderous and cacophonous offerings, their desire to continue on that chosen path has allowed them to bring a broader and more intrinsic side to their sound, always finding something new and exciting to explore within it. And after four years since their last LP 'High As Hope', they return once again with their fifth studio album 'Dance Fever', a record that isn't what its name suggests.

From the first announcement of this new collection, many assumed that 'Dance Fever' would see the group embark on a more club-ready record that broke away from their formative style. But the name actually refers to the 14th century German town of Aachen, in which mass-psychosis took over the residents, causing them to dance frantically in the streets until they collapsed or died. With this the driving inspiration behind this new release, there is this tremendous energy running the length of 'Dance Fever', one that has caused them to focus more on the firm and driven side of their aesthetic, rather than something that shows off the awesome voice of Florence Welch.

While it doesn't have too many of the big, festival anthems as some of their predecessors, 'Dance Fever' still continues the warm and embracing sound Florence + The Machine have always been able to conjure. A bright and vivid collection, brimming with shimmering textures, they are showing us no signs of slowing down any time soon.

19 hours 32 min ago Chinwe - 'Something Beautiful'