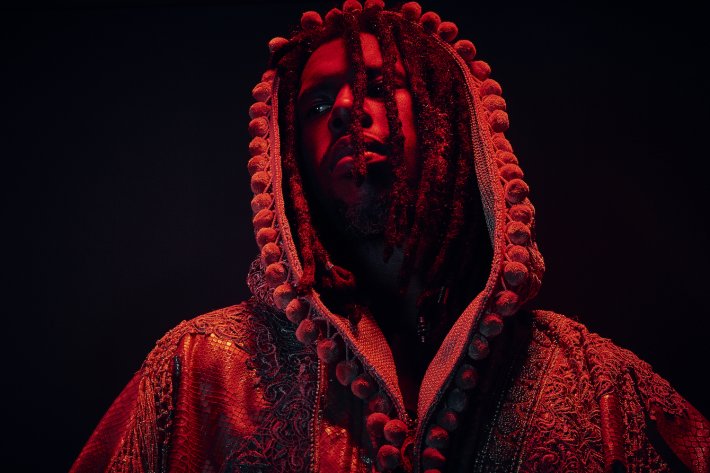 Following on from the release of his highly-praised sixth full-length 'Flamagra' last year, Flying Lotus has now returned to share a pair of incredible new singles.

The new tracks 'Black Gold' and 'Between Memories' see him team up with Thundercat and Niki Randa respectively, and are lifted from his soundtrack for the forthcoming Netflix anime series Yasuke, which will premiere on the 29th April.

Three years in the making, Netflix’s Yasuke is a six-episode anime series created by Bronx-bred and Japan-based television animation creator, producer, and director LeSean Thomas (Cannon Busters, Children of Ether, The Boondocks) and starring actor / executive producer LaKeith Stanfield (Atlanta, Sorry To Bother You) as the voice of the title character. Yasuke tells the story of a samurai warrior of African descent in a fantastical alternate universe version of feudal Japan full of magic, mechs, and of course, swordplay.

Speaking about his work on the series, Flying Lotus said, "[LeSean] and I talked about being outsiders in anime. I was like, ‘Why aren't more Black kids trying to do this? Why is it so out of the ordinary?' He was saying that it's because they don't have examples.”

Check out both of the new offerings in the players below.

Following on from the release of his highly-praised 2018 LP 'Good Thing', Leon Bridges has now announced his plans for a new studio album, arriving... 8 hours 7 min ago

Having remained largely silent for the last few years, Martha Wainwright has now returned to announce the details behind her next studio album.... 13 hours 48 min ago

Following on from the release of his highly-praised 'In Limbo' EP last year, Max Pope has now returned to share a brand new single. The new track... 15 hours 56 min ago

8 hours 7 min ago Following on from the release of his highly-praised 2018 LP 'Good Thing', Leon Bridges has now an