Their new album 'Sticky' is out in October 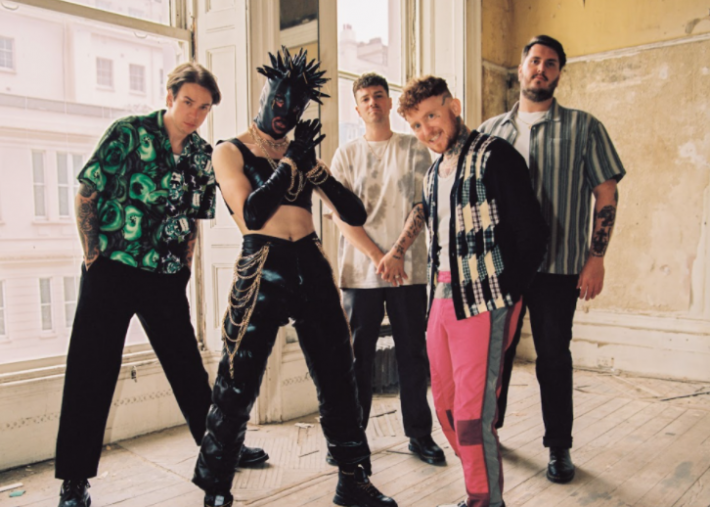 With their highly-anticipated new album set to land in the coming months, Frank Carter & The Rattlesnakes have now returned to deliver the next cut to be lifted from their forthcoming full-length.

The new single 'Go Get A Tattoo' sees them team up with Lynks for the release, and follows on from the previously shared 'My Town' ft. Joe Talbot and the record's title-track in previewing their fourth LP 'Sticky', which is out on the 15th October.

Speaking about the new offering, Carter said, “Irreverent is a good word for that song. I'd worked my entire life to get to the point of getting a shop, and I’d finally achieved it, and I couldn’t even open the doors. So yes, when this is over, I need everyone to come and get a tattoo.”

While Lynks added, “It is bloody irreverent actually. I mean I’m literally here singing about tattoos with not a single one on my body. Am I a poser? Probably. But the song still bangs. I’m so used to singing over bleeps and bloops and shit, so when Frank coerced me into becoming a rock and roll star I was initially hesitant. But now I’m fully converted. I think I’m gonna burn the synths and invest in a Stratocaster or 2”

Have a listen to 'Go Get A Tattoo' in the player below.

Following on from the enormous praise for her 2019 self-titled debut album, SASAMI is back to announce the details behind her next studio album,... 2 hours 19 min ago

Having returned with a flurry of fresh and exciting cuts throughout the year so far, Sad Boys Club have now announced their plans for a new EP,... 8 hours 2 min ago

2 hours 19 min ago Following on from the enormous praise for her 2019 self-titled debut album, SASAMI is back to ann