His debut single 'glOw' is out now 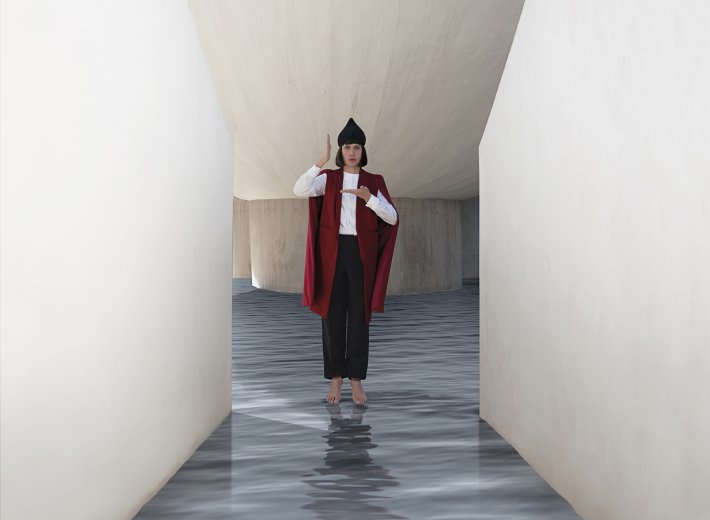 After spending the last few months developing and cultivating his sound, emerging artist Juan Ignacio Diaco Vidal aka 808g has now unveiled himself to the world as he shares his debut single 'glOw'.

Working in collaboration with Mr. Pineapple for the release and lifted from his forthcoming debut EP 'aWakeNed', which is out in the near future, 'glOw' makes for an incredibly vibrant introduction to his sound. Mixing a rich array of genres including RnB, psych-pop, and hip-hop, his initial effort shows us that he is well on his way to becoming something very special this year.

So with the new single available now, we sat down with him to find out more about his beginnings and what has inspired him most over the years.

I started playing a toy drum kit my parents gave me for my second birthday. I think when we are kids, we are more connected to rhythm than melody or harmony. At nine I started playing a bass which my dad and uncle - both carpenters and musicians - built when they were teenagers playing in the same progressive rock band. After about three months of teaching myself bass, I got a couple of CDs as gifts from my oldest cousin. Guns N' Roses’ Appetite For Destruction was one. I remember after hearing the first 30 seconds of Sweet Child O’ Mine I was on the floor performing air guitar! After that episode I asked my dad to teach me the song on bass, He started playing the bass line and I instantly asked him, “What about the riff?” He replied, “You definitely need a guitar”. Luckily gave me my first Squier Strat for my 10th birthday. So guitar is definitely the first instrument I fell in love with and the one I spent the most time playing but I still had a strong connection to the drums.

I grew up in the 90s, listening first to cassettes and later CDs. I perfectly remember being five-years-old listening to my dad and uncle’s studio recordings on headphones. I had been mainly listening to grunge, rock and punk on channels like MTV. Basically what was big at the time - Nirvana, Metallica and Green Day. I also grew up listening to some prog music my dad used to play at home. Then during my teens I started discovering more bands because of the internet. It was limited then but now kids have total freedom and unlimited options to choose what they want to listen to. The only problem is there are much more entertaining distractions, and with the volatile era we are facing at the moment it is much trickier to be focused on your emotions and express yourself in a creative way.

I guess it was a copied CD of “Nevermind” by Nirvana. My and my brother and our friends used to have loads of fun copying cassettes and re-drawing the artworks. But I wanted to have the original to be able to skip tracks more easily and learn them on guitar because, for me, it’s the best grunge record ever. I remember when I discovered the hidden track Endless, Nameless. It started playing and I instantly looked at one of my friends - the bassist of a band I was performing with at the time – wondering, “What’s going on?! What is this unexpected gift?” That album is still really important in my life.

That’s a tricky one! There’s more than one, but there is a timeless feeling I get deep in my soul every time I listen to Erik Satie, Gymnopedie No.1. Plus it’s the soundtrack of the best documentary I’ve ever watched - Man On Wire [about Philippe Petit’s high-wire walk between the Twin Towers in New York in 1974].

Art is an uncertain field and personally for me creativity is a muscle you can only strengthen if you spend energy on it - connecting to an even balance between the known and the unknown. All the magic comes mainly more from the unknown, because the known is what you can control already. The unknown is all about intuition which sits on top of intellect and instinct. It’s about what could possibly happen in the future. So the ritual is trying to always experiment more with the unknown.

I’ve always been listening to a wide range of artists and music genres, but for the last years one of my favourite bands has been Gorillaz. I just feel that’s one of the last bands that really offered a new sonic landscape and an innovated mix of textures - including rappers, asymmetrical chord sequences, rock and punk elements, as well as weird synth sounds… Lovely! You can definitely hear all of that on their 2010 record “Plastic Beach”, which is my favourite. In recent years, I’ve also been enjoying listening to Jack Stauber, Kendrick Lamar, Tyler The Creator and Blood Orange, as well as Mac Miller and Luis Alberto Spinetta. I have also spent more time listening to Tango and Chacarera - traditional Argentinian rhythms – with artists like Astor Piazzolla, Mercedes Sosa, Mariana Carrizo and Dino Saluzzi. They have inspired me to add some more rooted elements to my own music. Most of my songs have a Bandoneon [an instrument like a concertina], which is basically the main instrument in Tango.

Any fresh audience, fully open to listen to something new.

We are all artists but most tend to give up honesty. I feel creation is the action that pleases humans the most. The unique and real fact of stimulating any of the five senses healthily and artistically make us feel totally full or whole, emotionally-speaking. The real reward, for me, comes from being a creator and enjoying that present moment. It gives me goose bumps, There is something very powerful about music - organic sounds can help to cure people. But unfortunately all the technological developments are actually making us demean the act of listening to music. Recorded sounds are quite a relatively recent discovery, but it’s been leading the world for decades - people buying loads of vinyls, going to amplified gigs etc. But now in this digital age it doesn’t seem as relevant or important as it did in the second half of the 20th century. It’s honestly a bit sad to me, but it’s happening and I find it really tough to deal with because there is nothing more important in my life than music.

I guess it’s the same feeling any artist has: the unpredictable fact of making a living. I’d honestly love to have the chance in this life of just been focused in making and performing my own music full-time and being connected to other artists and collaborating together to try our best to make something great. But unfortunately I can’t. I have had to work to get an income by repairing guitars and teaching music. I’m totally aware that there are millions of musicians, composers, producers and artists in the same situation. I’m still facing the process of making it happen.

The best advice ever came from Alex Wharton, who just encouraged me to make my own music. Alex is a mastering engineer at Abbey Road Studios, who I met at their Christmas party in 2014. I had been working as a guitar tech in a recording session for an Argentinian indie band there, and we were kindly invited by one of the studio managers to join the party. I sensed I was going to meet someone special, some kind of guide who was going to occupy an indispensable place in my life. I mentioned to Alex I was very interested in getting a job in a recording studio to grow as mixer - that’s why I moved to UK. He said, “OK I want to help you,” and invited me to come to his mastering studio. He played a Pixies’ track included in an anniversary re-issue of Doolittle that he re-mastered. After soon became very good friends and after listening to me performing guitar at the studios, he strongly advised me to start working on my own stuff. It wasn’t that easy, to break with what I was used to doing, but in the end I feel grateful and proud I was brave enough to change my mindset and perspective - to try my best to be just a genuine creator in my own right.

808g's new single 'glOw' is available to stream now. Check out the new video for it in the player below.

1 hour 23 min ago Having spent the last few years building up his repertoire of sweet and sweeping delights, US sin