Getting To Know... ABQ

Getting To Know... ABQ

Their new single 'Waiting For Us' is out now 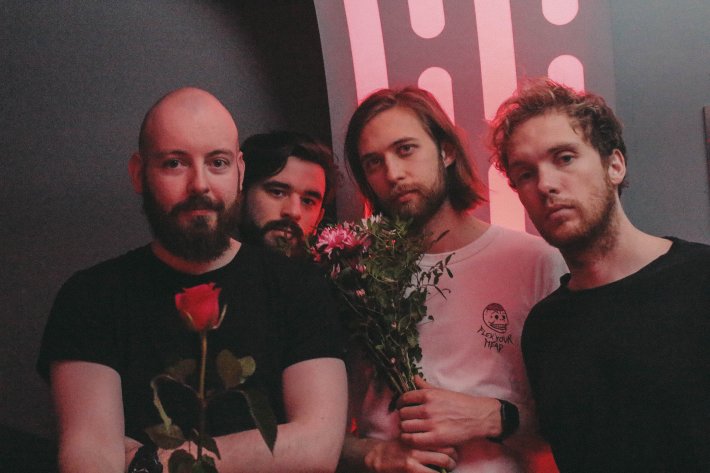 After showcasing themselves with bold and enticing collection of offerings these last few years, Irish outfit ABQ make their euphoric return with the soaring new single 'Waiting For Us'.

Delivering more of that broad and uplifting pop-rock sound they have cultivated for themselves, 'Waiting For Us' makes for an exciting listen from start to finish. Filled with vibrant textures, killer hooks, and some incredibly passionate vocals layered throughout, these guys are certainly kicking off the new year in style.

Piano was definitely the first instrument where something really ‘clicked’ with me. I’ve played it the longest, forced to go to lessons as a kid, and then I tried drumming, playing guitar…but I always ended up gravitating back to piano. It wasn’t until I stopped taking lessons and started messing around with it myself that I understood it properly.

I was super into classic rock: I loved ACDC, Guns’N’Roses, Led Zeppelin… the big boys. Honestly, not even sure how that started. I’d still listen to them now but my tastes have definitely broadened!

Queen Greatest Hits. I remember buying it in HMV, Ballymena, and thinking I was the most refined music listener in the country. I was probably insufferable.

Life on Mars by David Bowie or Army by Ben Folds Five. These couldn’t be more different, Bowie’s is an operatic/pop masterpiece and Army is the sort of song that crosses genres by being fun as hell.

In a small way, yes. Nothing too dramatic. I always start with melody and leave lyrics for the very end. I find that–without wanting to sound super pretentious– that the song tells you what it wants to be about. I will rarely, if ever, sit down with the intention to write about a certain issue or topic. But I will regularly start playing around with a melody and the shape of it ends up leading me to the lyrics, which in turn transform into something I want to write about.

I’m listening to a lot of alternative instrumental/classical leaning stuff at the minute. Nils Frahm and Max Richter being two of my go tos. Nils Frahm in particular has got the nicest sounding pianos I’ve heard in any record. They are gorgeous. I’ve also been listening to The War on Drugs and Foy Vance’s newest releases a lot.

I would love to open for someone like The National. I’m a huge fan of their stuff and they just seem to have these amazingly diverse crowds and fans. I think to be a National fan you have to be ready to be immersed in lyrics and that lends itself to their shows having really welcoming and interesting audiences.

Having an emotional outlet, like music, is super important to stay on top of your mental health. I think anything creative be it writing, drawing, knitting… whatever, is a gratifying way of being able to express complex emotions in a healthy way. I’m certainly not a full picture of mental health by any stretch, but I find that being a musician has helped me channel my not so nice parts into something helpful and wholesome.

Trying to make a career out of it is no picnic. I think it has got to be the most cliched thing, being told that it is hard and mostly luck…and those things are certainly true, but one thing that is not told enough to up and coming artists is that, at the end of the day, it is a business. If you want a ‘career’, you need to treat it as such. And I find that this is what leads to stifling creativity. Every generation has that whole idea of ‘nothing good has been written since XXXX date’ but, without wanting to sound like an old man yelling at clouds, until artists are given back true creative freedom, we’re not going to get our Beatles, Joni Mitchells, Bowies..etc.

To enjoy it for what it is. Making music is fun. At the end of the day, it should be done as a passion or a hobby. Playing for a paycheque is fine but it can dull the idea that music can (and should) be a really fulfilling thing to do. I stressed way too much about that, about trying to make a career out of it, until a fellow musician in no uncertain terms told me to chill the f— out and get back to enjoying making music. Whether for money or for fun, it’s the same thing.

ABQ's new single 'Waiting For Us' is available to stream now. Check it out in the player below.

ABQ · ABQ Waiting For Us

1 day 3 hours ago Having dazzled so many with a string of impressive releases these last few months, which have see