Her new single 'Stranger' is out now 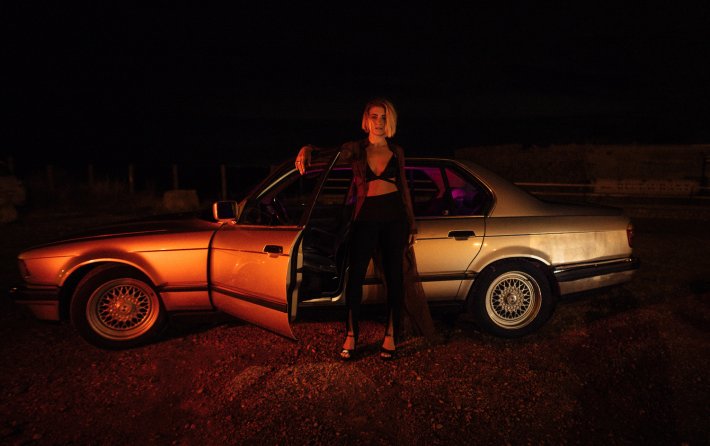 Since releasing her debut EP in 2018, London-based artist Appolonie has grown from strength to strength, and now looks to continue that positive form on her latest work 'Stranger'.

Channelling a rich and dynamic RnB aesthetic throughout, 'Stranger' sees her follow in the footsteps of Lianne La Havas with its laid-back appeal. Filled with textured atmosphere, sweeping production, and her own sublime vocals at the helm, this one will melt the stress right off your bones from the very start.

So many different things but I do remember having a serious obsession with Justin Timberlakes’ first solo album ‘Justified’ for a solid 3 years as a young girl.

I don’t remember the first album I personally owned because I would listen to albums from my parents huge record collection. I think one of the first albums I picked up and put in the cd player myself was the ‘Best of Roberta Flack’ (1981).

‘At your best’ – Aaliyah (originally written by the Isley Brothers).

No rituals in particular I think the creative process is a ritual in itself. I’m usually my most creative when I’m going through something challenging in my life, the state I get into when songwriting is a form of therapy to me. Or it could be when I have a good conversation with my friends or when I hear a new artist or song that inspires me.

Right now I’ve been listening to a lot of my friends’ music who are all amazing, diverse artists and have released music recently or are going to soon: Johanna Burnheart, Billie Black, Elsas, The Naked eye, Creestal, NoQuantize, Henry Canyons, Yessai Karapetian, Marie Dahlstrom...

Right now probably Devin Morrison, I have listened to his album at least 50 times this year.

The creative process, the feeling of pure joy and pride when you finish a piece of work. It’s an amazing and beautiful experience to make something out of nothing.

I am a perfectionist so sometimes it takes longer than I'd like to finish a piece of work.

Always sing as if it were the first time someone was hearing your voice.

Appolonie's new single 'Stranger' is available to steam and download now. Watch the new video for it in the player below.

15 hours 13 min ago After reviving the moniker near the end of last year, Nick Murphy has now announced a brand new a

15 hours 6 min ago After impressing so many with her brilliant debut EP 'Talk' earlier this year, fast-rising 17-yea