Getting To Know... Belot

Getting To Know... Belot

Her new single 'Bed' is out now 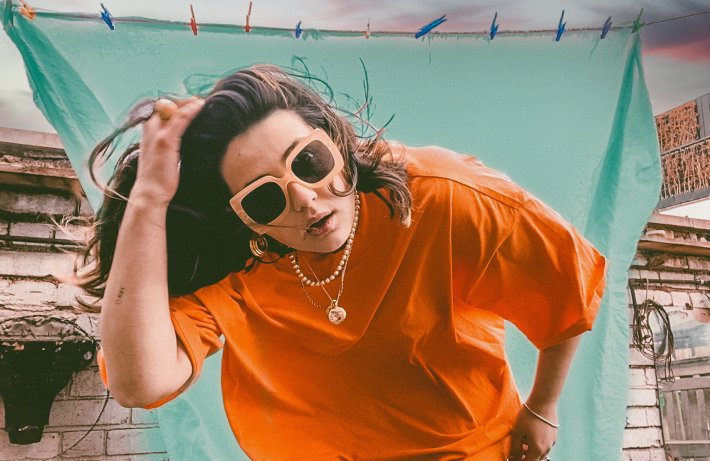 As the self-described pioneer of "awkward pop", Belot has spent the last year releasing a wave of fresh and upbeat ditties, and now returns with her latest belter 'Bed'.

Channelling the same broad and dexterous alt-pop sound of Billie Eilish and Sigrid, 'Bed' sees her return in truly anthemic form. Filled with euphoric electronics, killer hooks, and her own seductive voice at the helm, it feels like she is well on her way to becoming one of this year's most in-demand artists.

So with the new single out and about, we sat down with her to find out more about her background and what has inspired her most over the years.

I first fell in love with the guitar! I was anyways writing songs and dreamed of being able to play along with them. So at the age of 6-7 I started self-teaching.

I listened to a whole bunch of different stuff, my mum would play the Beach Boys and Beatles as well as Steve wonder and Ray Charles. I was absolutely taken in by all of it!

I have an older brother and he was the CD Connoisseur in the house. I’d listen to anything he bought for a while. I think the first actual LP record I got myself was a Louis Armstrong record that I bought off a stall on the river in Paris as a kid.

The song I wish I wrote is ‘Wouldn’t it be nice’ by the Beach Boys. I think it’s one of the most fabulously optimistic songs in the world. I can’t listen to it without a smile on my face.

I wouldn’t say I have any strict rituals as a writer but whenever a saying or word strikes me I’ll put it in my notes for later and then build a story around it.

A few of my favourite artists at the moment are Dua Lipa, UPSAHL, Allie X and Remi Wolf. I feel like all the fabulous women are bringing their own unique style and signature sounds to pop. I always get excited to hear what they're releasing next!

I think if I could open a show for anyone in the world right now it would be Dua Lipa. I feel like the energy at the show would be incredible.

I think the most rewarding part of being a musician is seeing a seed of thought come to life so quickly. I love the fact I can be on my way to a session just humming a random melody and by the end of the day a whole song will have come to life and exist in my phone. It always blows my mind!

I think what I find hardest is pacing myself. I have a tendency of having a million ideas at once, and I find it challenging prioritising which song gets made first. Making sure that one song absolutely finished before starting another 4.

The best piece of advice I’ve received as a musician is that demos can’t do anything for you if they only exist on your computer. I think a lot of musicians get swept up in tweaking cycles (myself included); but in my personal experience sometimes you have to let the little things go and click upload. You never know where it will take you!

Belot's new single 'Bed' is available to stream now. Check it out in the player below.

4 hours 33 min ago Following on from the rapturous praise for their brilliant debut LP 'Home For Now' in 2020, Babeh

1 hour 42 min ago Following on from the release of their stunning debut album 'Pleasure Ride' in 2020, British-Amer