Getting To Know... Bright Young People

Getting To Know... Bright Young People

Their debut single 'Lie In The Sun' is out now 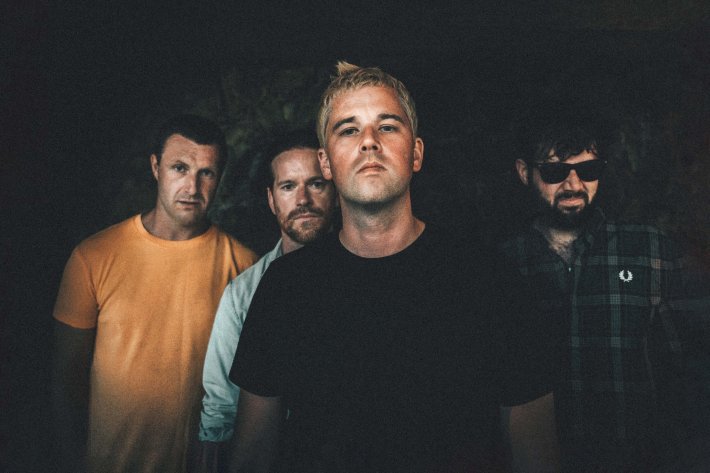 Channelling a bold and blistering alt-rock direction throughout, 'Lie In The Sun' makes a strong and impactful introduction to their sound. Filled with killer hooks, energetic pace, and some exciting moments littered throughout, these guys are certainly off to a fantastic start with this one.

Lee: Drums as a kid then switched to guitar.

Carl: Deffo guitar, can’t remember anything else that interested me more as kid.

Casey: My first beat up drum kit i got for christmas when i was 17 off me mahh.

Lee: I was brought up on UB40 but was well into Oasis.

Casey: I found an old cassette tape of The Crazy World Of Arthur Brown near the estate where I lived, took it home and literally played it on repeat. So that and Bob Marley records my dad used to stick on.

Carl: My granddad taught me how to play Ghost Riders In The Sky and old country songs by Johnny Cash, so loved that stuff from an early age.

Jack: Anything & everything with a guitar in it.

Carl: Probably A Northern Soul by The Verve.

Jack: Are You Experienced by Jimi Hendrix.

Casey: It would have to be Thriller by Michael Jackson.

Lee: Can’t remember my first album but the first single I ever got was Ride On Time by Black Box.

Casey: I would love to have written Killing Moon by Echo & The Bunnymen, a gorgeous song.

Carl: Last Thoughts on Woody Guthrie - Bob Dylan. He’d been places when he wrote that, it’s not actually a song but he’s riffing all the way through.

Casey: Generally no but sometimes i’ll go for a proper walk with no music in my ears, clears my head then i’m ready to go.

Carl: No rituals, just be present. Loadsa coffee too.

Jack: Not really, just try not to be hungover ha.

Lee: Just not to force anything, it comes when it comes.

Casey: Jack has got me listening to Yellowman quite a bit at the moment.

Jack: I'm listening to a band called Jungle. I actually went to see them a few weeks back in Manchester.

Lee: Going over all the Kills stuff again at the moment.

Jack: Talking Heads so I could get to see them live.

Casey: It would have been amazing to open for The Stooges back in the day.

Carl: Queens Of The Stone Age or White Stripes would be top of my list.

Casey: Not having to drag your arse outta bed at 05:30 to go to work at Royal Mail.

Lee: Getting out and about playing shows around the country.

Carl: Grafting on songs with your mates and the buzz when it’s sounding right.

Carl: When it’s not sounding right.

Casey: When we can’t agree on parts or not sure where to take the songs. Like pulling teeth!

Jack: Waiting to get out on stage.

Casey: Pardon my french but not to give a fuck what anyone says about you or what you are doing. As long as it’s coming from a good place that’s all that matters.

Carl: To know your shit!

Jack: Be yourself no matter what.

Lee: Make sure you always get paid. ha

Bright Young People's debut single 'Lie In The Sun' is available to stream now. Check it out in the player below.