His debut single 'Let Me Go Son' is out now 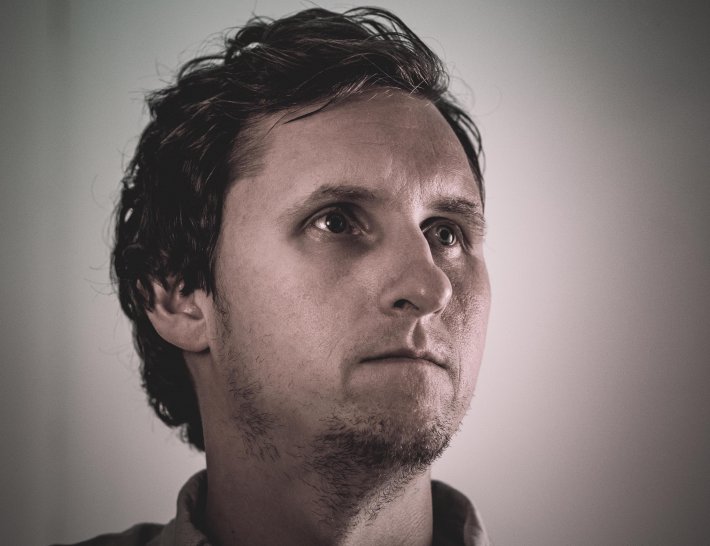 Channelling the same broad and atmospheric direction as acts like Sigur Ros and Bon Iver, 'Let Me Go Son' makes for a mesmerising introduction to his sound. Filled with broad textures, soaring tones, and beautiful ethereal vocals layered throughout, this new effort showcases him as a bright and shimmering addition to the new music scene.

So with the new single available now, we sat down with him to find out more about his background and influences over the last few years.

Well, the guitar for sure. But I’ve always been first of all interested in songwriting, and sounds. I love weird sounds, great melodies and lyrics, and appreciate the imperfect before the perfect.

It started out with The Beatles, but the soundtrack of my life is Radiohead. I’m also largely inspired by Wilco, Blur, Sigur Ros, David Bowie and others.

Radiohead. Teenage me feeling like an outsider.. Match made in heaven.

That is a hard question. There’s not one single song. There’s a lot of them. My contradiction is wanting to do music on my own terms, but also wanting to stay in background, writing the music and pulling the strings. Letting someone else deal with the attention.

Depends a lot on my mood. Lately I’ve been listening a lot to country music. Some days it’s Queens of the Stone Age, some days it something completely new, Sigur Ros, Wilco or Radiohead.

A lot. Must be hundreds.

Getting my debut single, “Let me go Son”, as BUKVE on BBC Radio is one of the most memorable moments, no doubt. Going on Norway’s biggest national radio station to talk about an album I wrote and released with Secret Treehouse was a highlight. But there’s a lot of live gigs from previous and current bands I’m in as well. I’m planning on bringing BUKVE project to a live scene too.

I do have a day job within Health Care, that I really like. All I know I need to keep writing and making music to stay somewhat sane in this life.

Don’t rush into things you're not comfortable with. Try to listen to your gut and inner voice, coz people and business people might throw around sentences and opinions without really giving you and your music a fair chance and listen.

BUKVE's debut single 'Let Me Go Son' is available to stream now. Check it out in the player below.

8 hours 13 min ago With his highly-anticipated new album dropping early next year, Miles Kane has now unveiled the n

8 hours 6 min ago Just when you think the indie-rock scene has reached peak saturation, an artist comes along and f