Getting To Know... Cain Lofton & GoodBoy

Getting To Know... Cain Lofton & GoodBoy

Their joint EP 'a little treat' is out now 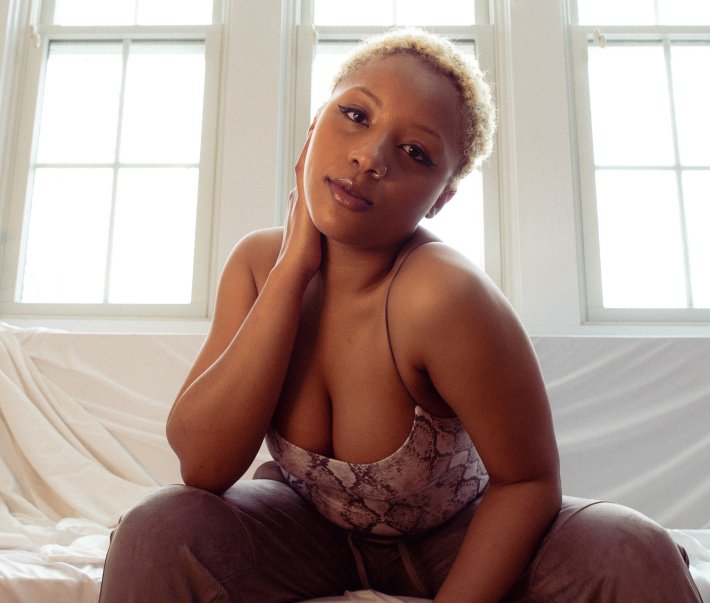 Capturing a wonderfully broad and adventurous aesthetic from start to finish, 'a little treat' makes for a brilliantly immersive listen. With its rich and shimmering approach to production, matched with the pair's own distinctive flairs, their newest collection certainly displays a bold and innovative texture throughout.

So with the new EP available to stream now, we sat down with them to find out more about their origins and what has inspired them most over the years.

Cain: I first fell in love with the organ. My father played that most often, and it was just such an emotional and arresting sound that could be so versatile. Plus, I got to hear it so often that it became comforting to me in a way that sticks with me even now.

GoodBoy: I started playing piano at 4 but I can’t say I fell in love with it at first because classical music and lessons felt like the worst thing ever at the time; so I’d have to say the small $5 plastic ukulele my grandparents got me from Hawaii!

Cain: When I was younger, I really loved the gospel music sang by choirs (like Donald Lawrence & The Tri-City Singers and Ricky Dillard & New G, for example). It makes you feel something when so many voices can come together and create a striking sound. That’s hard to achieve, but some of those choirs sit in a musical lineage that lays the example out so clearly. It makes me proud to have my own history with gospel.

GoodBoy: I grew up with a hip hop father who was diligent about educating me about the beauty of 1985’s music so I started with lots of Parliament, Earth, Wind, and Fire, and Kraftwerk.

Cain: I “permanently borrowed” lots of albums, but the first one that I bought in the store was either Corbin Bleu’s debut album or the High School Musical 2 soundtrack. It may even have been both in the same trip.

GoodBoy: The first album (CD) I remember owning is License to Ill by The Beastie Boys.

Cain: I wish I could’ve written (and produced) “Afraid” by Amel Larrieux. It’s perfect. If you hear the song, you’ll understand. I mean, that bridge! Magic.

Cain: It helps get me in the mood for writing when I listen to songs with undeniable melodies. Songs like “So Hot You’re Hurting My Feelings” by Caroline Polachek or anything from Brandy’s Full Moon album. But in sessions with Goodboy, we sometimes start with references or pull a picture card from our inspiration jar. It’s full of drawings of random things or scenes.

GoodBoy: In the studio we have a big glass jar of random hand-drawn pictures to spark inspiration. Everybody involved in the song takes one and we brainstorm words from those images that eventually lead us to a song (most of the time.)

Cain: I’ve been listening to a few songs from Lafawndah and Haley Heynderickx a lot lately. But my TOP favorites right now are the girls from Glitter Gang (Glorilla, Aleza, Slimeroni, K Carbon, and Gloss Up). I listen to them to start the day sometimes, just to feel invincible and alive.

Cain: I would love to open for Coldplay. I’ve loved them for so long, and they always find a modern iteration of their sound to share with new artists. It’s admirable and I hope I can have that same continuous freshness.

Cain: The most rewarding part of being a musician is seeing other people relate to what can feel like such isolating emotions that you express in your art. Things like longing or extreme bliss can be so specific to a person, but being able to put it in a form that makes it relatable is always an accomplishment.

GoodBoy: I’d say roughly 95% of the reward is being able to listen to last night’s demo in the car the next day and feel like you really made something special. The other 5% is working with amazing people, having fans actual care about the music deeply, and being able to express myself as personally or I personally as I want.

Cain: Sometimes, it’s frustrating to pour so much of yourself into music, because the industry you seek to enter is very unwelcoming in a way. There are barriers to reaching your audience that literally just have to do with money and connections. If those standards are the main ones you measure yourself by, it can easily get discouraging.

GoodBoy: For me, it’s that most people will never hear 99% of the music I touch. So much of the work falls through the cracks of scrapped projects or changed ideas and I wish sometimes people saw those steps along the way not just the finished products.

Cain: The best advice I’ve received has been to do what I do. There’s no use trying to imitate what I see, because it isn’t for me. It seems like common sense, but honestly I can lose sight of it in tough moments when I’m not immediately getting the results I’d like with my art.

GoodBoy: Indirectly, Kanye’s advice to make “5 beats a day for 3 summers” became a mantra and led to me making ~5 beats a day for almost all of my high school / college days. Treating creation like practicing for a sport let creativity be the leader of sessions not the technical skills along the way.

Cain Lofton & GoodBoy's new EP 'a little treat' is available to stream now. Check it out in the player below.

6 hours 29 min ago With her eagerly-awaited debut mixtape arriving later next month, Biig Piig has now dropped the n