Getting To Know... Cal In Red

Getting To Know... Cal In Red

Their new single 'Zebra' is out now 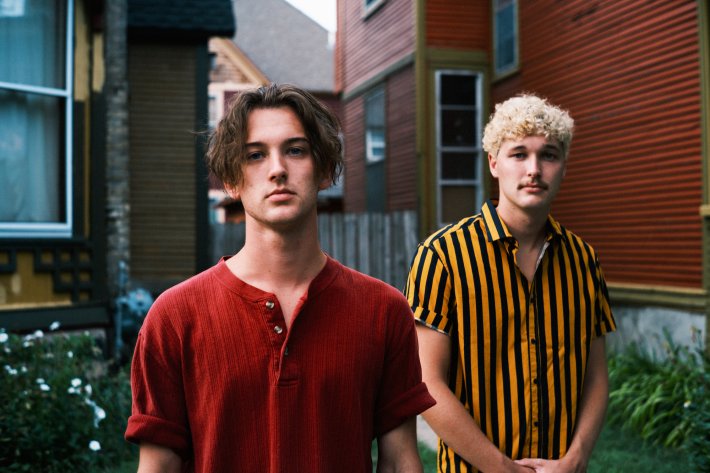 Having spent the best part of the last twelve months dropping an array of glittering new offerings, US duo Cal In Red are back with their soaring fifth single 'Zebra'.

Channelling a fresh and uplifting psych-pop direction from start to finish, 'Zebra' sees the pair return in truly stellar form. Jam-packed with smooth and breezy tones, sweeping production, and killer hooks throughout, their newest release is certainly one to get us ready for the return of the summer sun.

So with the new track available now, we sat them down to find out more about their origins and what has inspired them most over the years.

Kendall: The first instrument I fell in love with was actually the banjo. I have since shifted my focus to guitar.

Connor: I started playing drums around 5th grade and became obsessed with it in high school.

Kendall: I loved the Beach Boys. Whatever was playing on our local alternative station... The Shins, MGMT, The Verve, etc.

Connor: I feel like after going through a “whatever pop music is on the radio” phase, I’d mostly listen to Coldplay, Awolnation, and Grouplove.

Kendall: I didn’t really own a whole lot of music growing up, I remember when my cousin let me borrow his “X and Y” and “Rush of Blood to the Head” CDs.

Connor: Shrek 2 Soundtrack. I’d wake up to it as my alarm every morning during elementary school.

Kendall: Not really, if I know I’m onto something I’ll get kind of frantic to finish a good amount of the song before the idea train runs out of steam. Voice memo goes on and everything around me is ignored until I’m happy with the initial burst of progress.

Connor: I always start by trying to write vocal melodies over some chords. If the idea feels organic I’ll start demoing it immediately.

Kendall: The most rewarding part for me is getting to bring people joy in real time. Being on stage and watching an audience react positively to your music is really special.

Connor: Receiving any good emotional response from someone listening to your music will always feel like the biggest accomplishment.

Kendall: The most frustrating part is when you fail to create something, when you’ve sat with the guitar or at the keyboard for hours but the music isn’t coming.

Connor: I think knowing where you are in terms of where you wanna be is frustrating but gives constant motivation to keep learning and creating.

Kendall: When I first got a guitar and started attempting to write songs, I would play snippets for our cousin Max and the first words out of his mouth every time would be, “Oh cool, does it have a melody?” I know that's just a question and not necessarily advice, but it has ultimately shaped the way I think about songwriting, always starting with the melody at the heart of it.

Connor: “Less is more” has helped me so much in terms of writing and producing. It can be technical like thinking about musical space over rhythm but it can also reassure you that you don't need the fanciest gear to create something you're proud of. As bedroom artists, this means a lot.

Cal In Red's new single 'Zebra' is available to stream now. Check out the new video for it in the player below.