Getting To Know... Callum Crighton

Getting To Know... Callum Crighton

His new EP 'Lazer Police: The Musical' is out now 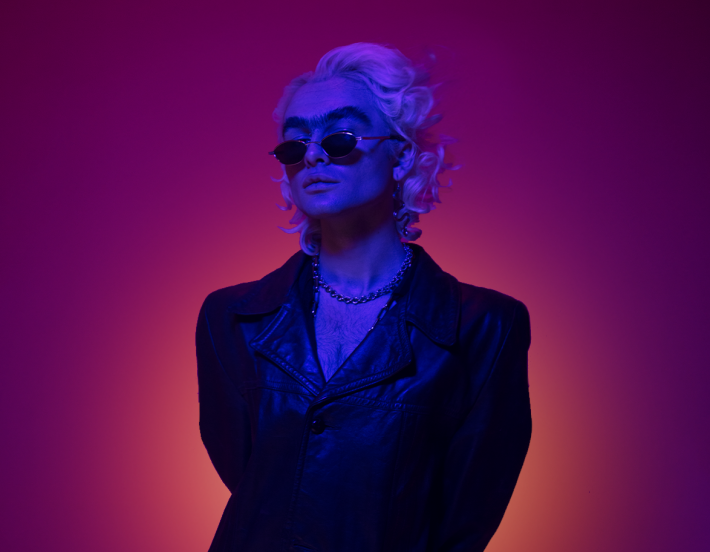 After spending the last few months building up and establishing his sound and fanbase, emerging artist Callum Crighton has now delivered his eagerly-awaited new EP 'Lazer Police: The Musical'.

Channelling a broad and enticing electro-pop direction throughout each of the four tracks, 'Lazer Police: The Musical' makes for a wonderfully vibrant listen. Jam-packed with bold textures, soaring production, and his own enigmatic persona at the helm, his latest collection marks a huge step forward in his fledgling career.

So with the new EP out now, we sat down with him to find out more about his origins and what has been inspiring him over the years.

The synthesiser! I remember hearing it in all my favourite music when I was a kid, I Should Be So Lucky by Kylie Minogue was my absolute favourite song and I was obsessed with all of the synth sounds. I got a little one for Christmas as a kid and taught myself how to play and that's been my instrument ever since!

When I was younger my music taste was very much like it is now. I loved the Labyrinth soundtrack by David Bowie, anything by Kylie and Madonna, and just generally anything from the 80's. I grew up on a lot of Duran Duran, Pet Shop Boys etc and that really shaped my taste in music.

I had Madonna's Confessions on a Dance Floor as a kid and I used to play it every day! I also owned Kylie Minogue's first album and a Dead or Alive compilation CD.

Take On Me by A-Ha! I think it's easily perhaps the best song ever written.

Not particularly. I usually sit down and come up with a concept, however sometimes I'll produce some music first and then figure out the lyrics later. Most of the time I do have a specific thing that I want to say in a song or a specific image that I want to create.

Marina! I tried so hard to be her opening act on her last tour but I don't think I was established enough back then. I think it's definitely something that's within the realms of possibility and I'm gonna keep trying til I get there.

Being able to soundtrack someone's life and to manifest my mind into the real world! Music is the most important thing to me, and I feel blessed to be able to make my own for others to enjoy.

It's such a tricky industry to navigate, and there's no real promise when it comes to money or success, but that isn't enough to stop me!

My grandad always tells me to "just be yourself, don't listen to anyone else, and the real you will shine through. That's the best version of yourself you can be". I bloody love that man!

Callum Crighton's new EP 'Lazer Police: The Musical' is available to stream now. Listen to it in full via the player below.

15 hours 15 min ago Following up the release of her brilliant 2019 LP 'III', BANKS has now returned to share a brand

16 hours 5 min ago After cracking out a string of impressive offerings over the last few months, emerging US outfit