His new single 'Getaway' is out now 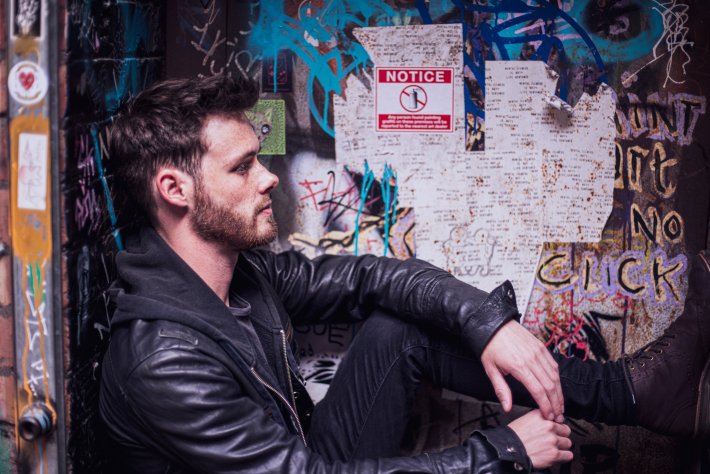 After delighting us with a flurry of rich and enticing offerings over the last year, Manchester-based singer and songwriter Callum Spencer makes an enormous return with his latest effort 'Getaway'.

Channelling more of that smooth and captivating pop-rock direction he has built for himself, 'Getaway' showcases him as a strong and shimmering artist throughout. With its bold and vivid textures, soaring atmosphere, and his own passionate voice at the helm, this one will certainly lift your spirits from start to finish.

It’s such an uncool story but when I was about 14 I started playing ukulele, basically because it was easier than guitar. I just messed about with that for around a year before deciding I should probably learn to play a proper instrument. And I’ve been playing guitar ever since. It was a good stepping stone to it though.

My parents have great music taste and I grew up listening to a massive range of artists. David Gray, Tracey Chapman The Killers, Springsteen. My mum’s from an Irish background so my first experiences of live music were at family get togethers where everyone would always be singing and playing.

Alvin and the chipmunks official soundtrack - none stop hits.

Trusty and True by Damien Rice. And also the entirety of White Ladder.

Nothing in particular, I wish there was something I could do to just switch into songwriting mode though that would make my life a lot easier. But I do find it’s a lot about having confidence that you can do it and to not sit trying to grind out a song whilst worrying whether it’s going to be any good. One I get one decent idea I seem to get on a roll.

I’m a huge fan of a guy called Patrick Droney. He’s American and is not that big in the UK as far as I’m aware but he’s absolutely insane in terms of songwriting and musicianship. All his songs are so well produced as well. Also Holly Humberstone is an absolute star in the making and I think she’ll be astronomically successful in the next few years. She doesn’t have a bad song!

Passenger has being one of my musical hero’s from the first day I started playing. And to open up for him on a tour would be a total dream. He’s such a gent as well. No one ever seems to have a bad word to say about him.

The best thing about being a musician is playing live and seeing someone singing along to words you wrote. Or people telling me about how my song has been a part of their life in some way or helped them get through something. Makes it all worth while.

It’s incredibly difficult to gain a foothold in the industry. And generate enough exposure to get the music heard. It can be challenging when something you worked on for a long time doesn’t quite reach the audience you hoped it would. But this is outweighed by the positivity I get from the audience I do have, who are legends.

Be adaptable but don’t try too hard to mould yourself into what you think people want to see and hear. Do what is right for you as an artist and that’s the only way you will gain long term fulfilment. And if commercial success comes with that then happy days, but that shouldn’t be the ultimate target. If that motto is good enough for Chris Cornell, it’s good enough for me.

Callum Spencer's new single 'Getaway' is available to stream now. Check it out in the player below.

2 hours 28 min ago Following on from the enormous praise for her 2019 self-titled debut album, SASAMI is back to ann