Getting To Know... Cloud House

Getting To Know... Cloud House

Their new single 'Set You Free' is available to stream now 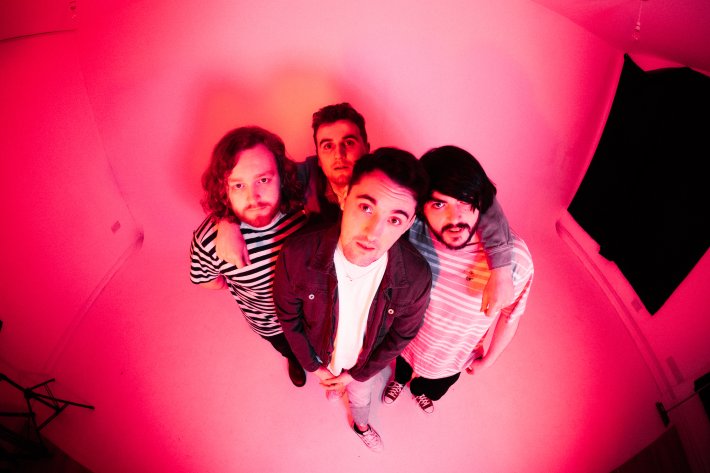 Following on from a sensational 2021, which saw them deliver their stunning debut EP 'Days Changed', Glasgow-based outfit Cloud House return once again with their uplifting new single 'Set You Free'.

Originally written almost ten years ago for lead guitarist Patrick Wallace's late father, 'Set You Free' showcases more of the fresh and vibrant indie-rock aesthetic they have cultivated for themselves recently. Filled with luxurious textures, soaring hooks, and killer vocals throughout, these guys are definitely ones to keep an eye on for the future.

So with the new single available now, we sat down with them to find out more about their background and what has been inspiring them lately.

Has to be guitar. I went to lessons as a kid and I hated the format of it, everyone sitting in a room learning the same way. So I kind of ignored it for a while and half gave up. But anytime I listened to music or my favourite bands I just had to pick it back up and when I was a teenager it became my source of happiness and escape. Best decision I ever made.

Green Day were the first band I was ever obsessed with. But I’d be lying if I didn’t go see Busted before that. But Green Day really made me mad for music.

American Idiot. Also Thriller by Michael Jackson. I was obsessed with the music video and used to dance about to it.

I’m gonna say something left field from what I usually listen to but Andrew Gold Never Let Her Slip Away. It’s just the best song ever.

I tend to get inspired after a gig. Because I love hearing the bands come out with new tunes and it really inspires me to go home and come up with something equally as good in my head. I go through phases of getting really inspired, probably when sometbing mental happens in my life which seems to happen constantly.

Machine Gun Kelly is my go to for now. Also loving Frank Turners new album. I saw Pale Waves recently and I still think their last album is incredible.

It has to be Green Day for sentimental reasons. But if it has to be artists on tour currently, Sam Fender at the moment.

When people actually know your songs and sing them back to you at gigs. It’s the most satisfying feeling when you ask them to sing along and I can see so many faces singing words that you wrote. Seeing so many people find a connection with something that feels really personal to you, it’s amazing.

The grind of the modern industry. You need to be good at lots of things outside music. Which is kind of hard to get your head round. Social media is the bane of my life sometimes.

Don’t ever compare yourself to others. It’s not worth it. And it doesn’t help on any level. Your journey is your own. And you just need to kind of go with it.

Cloud House's new single 'Set You Free' is available to stream now. Check out the new video for it in the player below.

6 hours 1 min ago With their highly-anticipated debut album arriving next month, MELTS have now dropped the next cu