The producer's new single 'Rain:Stop' is out now 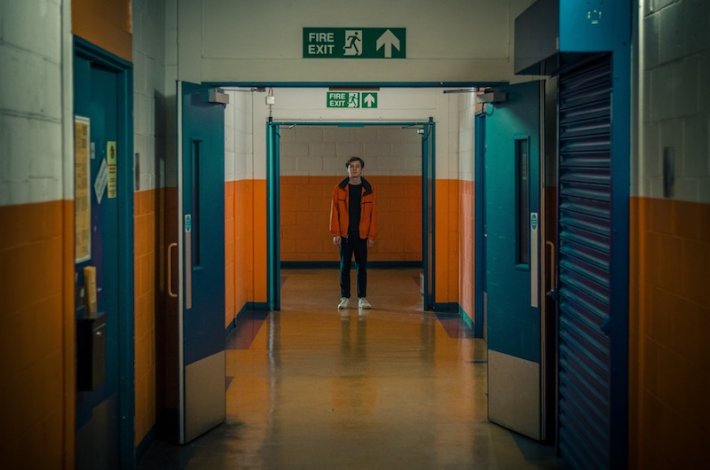 With a rich and diverse array of influences that include everything from The Beatles to Talk Talk, producer and songwriter Joseph Thorpe aka Collect Call now continues his bright and breezy journey as he delivers his latest single 'Rain:Stop'.

Filled with driving beats, euphoric synthesisers and emotive vocals, 'Rain:Stop' is a wonderfully bold and uplifting offering from the young beatmaker. With a distinct and shimmering aesthetic that follows in the footsteps of the likes of Animal Collective and Toro Y Moi, this newest delight sets him as true talent on the rise right now.

So with his new single doing the rounds, we sat down with him to find out more about his origins and what has been the biggest inspiration to him over the years.

I think everybody has their own guitar hero moment, I wish mine had been piano now. When I was younger I was so mesmerised by guitarists like Jonny Greenwood and Jack White who managed to take something so seemingly normal and created these unholy sounds and textures - to this day I’m still scouring the king of gear to know what pedals were used on obscure Radiohead tours in 2008...So I guess I’d say the guitar!

Inspiration changes so much based on how you’re feeling, what challenges you’re going through, what kind of pants you’re wearing that day. When I first heard Nick Drake my brain instantly clicked and I thought “I feel like I can really connect with what he’s saying” and I still feel that way today more than probably any other artist. Thom Yorke has always been a big influence, especially his fronted no-cares attitude and the deep emotive relationship he has with his music and process.

My stepdad introduced me to classic albums like Abbey Road and Led Zeppelin II when I was a teenager but also a lot of varied stuff from the 70’s/80’s like The Clash, Japan, Television, The Jam and all the big names. I sort of built up my knowledge of important bands and figures watching “Top Of the Pops” reruns on BBC4.

I don’t think it was a particular song as such, I just kind of shifted over to loving music and becoming incredibly obsessed with it. I studied drama at college and had been in a few bands by that point and one day woke up and thought that music was my calling. I dunno, 'Mouldy Old Dough' by Lieutenant Pigeon.

It depends really, I’ve been staying with my family recently so it’s anything I can blast out of my phone speakers to make a wacky entrance to the kitchen in the morning (and generally annoy them) - big hits have been the theme tunes to “Tales of the Unexpected” and “Ski Sunday”. This is all done with a comically short kimono with some dancing thrown in. Aside from all that I’ve been listening to a lot of Ryuichi Sakamoto.

I never plan to write about specific person, I always try to include personal experiences with people but keep it a bit nuanced. After they’ve been written I have realised they’re more about a particular person than I realised but it’s too late then and they’ll never find out.

At the moment, it’s about striving forward - I’ve got lots of ideas planned it’s just about ironing out the kinks and getting dates in the dairy. I’m really happy with Rain:Stop - it’s an elevation of the project and I’m really excited to share more music!

I like to keep things varied outside of music - I enjoy cycling, trips to the theatre and long walks on the beach.

I quite like the idea of becoming a gardener and living off the land - think post apocalyptic Monty Don (perhaps Zombie Don if things take a turn for the worse) or something along the lines of Withnail and I when they go on holiday “by mistake”.

And what advice would you give to others looking to start a career in music?

It’s tricky today with technology giving us instant gratification and there is a lot of competition. I would say try to take as much into your own hands as possible, if you have a vision then create it with every single facet in place.

Collect Call's new single 'Rain:Stop' is available to stream and download now. Have a listen to it in the player below.

10 hours 46 min ago Following on from the release of his surprise EP 'Heart Of The Night' last month, producer Hudson